Similar to TED talks, JTalks are 10 minute, compelling and inspiring presentations given by some of the best and brightest young minds in the Jewish community. Four executive were selected to share innovative practices in their communities with executives from across the country. These JTalks took place at the 2015 Executive Leadership Seminar in January 2015.

Watch the JTalks below. Have an idea for a JTalk theme or want to know more information? Let us know.

How do JCC’s strengthen the fabric of Jewish life by focusing on connecting and collaborating? The J of today has the opportunity to provide meaningful Jewish engagement within our walls and beyond. 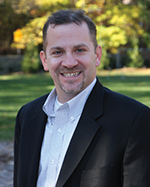 Barak Hermann officially took over as President of the Baltimore JCC on January 1, 2013. Barak comes to the JCC with over 17 years of experience working in the JCC environment. Prior to moving to Baltimore, he was the Executive Director of the Central Jersey JCC in Scotch Plains, N.J. for five years, prior to this he was the Chief Operating Officer and Assistant Executive Director of the Metro West JCC in West Orange and Whippany, N.J. He is a graduate of Yeshiva University – Wurzweiler School of Social Work and has a Bachelors from Stony Brook University and Associated Degree from Johnson & Wales University.

Two years ago, the Birmingham Community Youth Group was created using a collective impact model, a systematic approach that focuses on the relationships between organizations and the progress toward a shared objective. 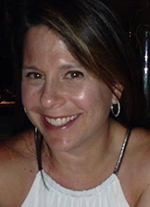 Betzy Lynch joined LJCC as Executive Director in January of 2013 and has spent her professional career working in Jewish Community Centers across the United States. A native of Youngstown, OH, she received her Bachelor of Arts in Management and Communications from Goucher College. After earning her Master’s degree in Exercise Science and Physical Education from Indiana State University, Betzy began her career at the JCC of the Greater Palm Beaches in 1998 as the Asst. Health, Physical Education and Recreation Director. For 6 years, Betzy acted as the Program Director of the JCC in Youngstown, OH where she was responsible for day camp, Jewish programming, and recreation & wellness activities. In 2004, Betzy advanced her career by moving to Memphis, TN to accept the role of Asst. Executive Director of the Memphis Jewish Community Center.

For Jewish Engagement to work in this next generation of Diaspora Judaism, we need to break glass. We are not running our parents’ JCC anymore. We can’t continue to do things the same way we have for the last 25+ years. We need to “move fast and break things.” We need to “innovate or die.” 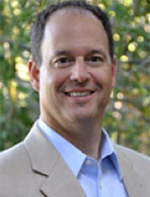 Before joining the OFJCC as CEO, Zack spent the past 14 years as the Pacific Northwest Regional Director of the American Israel Public Affairs Committee (AIPAC), where he oversaw a period of unprecedented growth in community outreach, political advocacy and fundraising. He holds a Master’s degree in Philosophy of Religion and Theology from Claremont Graduate University. He received his Bachelor’s degree from Yale University, where he played Varsity Soccer and spent a semester studying at Hebrew University in Jerusalem. Prior to joining AIPAC, Zack worked as a Legislative Assistant in the California State Legislature. He also worked with teens at the JCCs in Los Angeles in the late 90s. Zack has served on the Development Committee for Gideon Hausner Jewish Day School, the Boards of J Weekly, The Israel Center of the Jewish Community Federation of San Francisco, and Congregation Beth Sholom in San Francisco. Zack lives in Los Altos with his wife, Ronit, and three children, Talia, Elie and Orly.

“Community engagement” is a popular phrase we’re all hearing in our work and it’s quite a challenge for well established, long-existing organizations. As the founder and director of JCC Maccabi Sports Camp, the newest overnight camp in the family of JCC Camps, Josh is in the exciting position of not only creating a new program, but also a completely new community.

Prior to founding the JCC Maccabi Sports Camp, Josh Steinharter served seven years as athletic program manager for youth and coach development at the Jewish Community Center of San Francisco. Josh also served five years as delegation head for Team San Francisco at the JCC Maccabi Games. During his tenure, he recruited more than 250 local athletes and 55 volunteer coaches to participate in the 2009 San Francisco-hosted Games as well as led delegations to San Diego, Detroit, Denver, Omaha, and the first ever Israel-hosted JCC Maccabi Games. As co-creator of the JCCSF Fellowship in Sports Leadership, a legacy program to the JCCSF’s hosting efforts, Josh helped develop and run the nine-month teen program which taught leadership through the lens of coaching youth sports.