Similar to TED talks, JTalks are 10 minute, compelling and inspiring presentations given by some of the best and brightest young minds in the Jewish community.

These JTalks took place at the JCC Association Professional Conference in March 2015. The theme centered around how to be PRO•FLEX•SPON•SIVE (adj): When a JCC or JCC professional is proactive, flexible and responsive to the changing needs and demands of its members and community.

Watch the JTalks below. Have an idea for a JTalk theme or want to know more information? Let us know.

The words that we use have meaning. Defining what it means to be proflexsponsive and how this word applies to the work of JCC professionals. 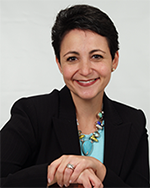 Deborah delivers training, coaching, and speaking across industries, from financial services and advertising to law and Jewish organizations. Deborah was the director of education and training for the Mandel Center for Leadership Excellence at United Jewish Communities (UJC), and also worked at the Jewish Association for Services for the Aged (JASA) as the director of the only program in North America that trains senior citizens to be lobbyists. In addition, Deborah was a key player in the development of New York’s Makor/Steinhardt Center for young Jewish professionals.

The importance of meeting people where they are on their journey and fostering conscious living and spiritual living. 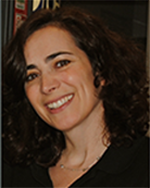 Amy Israel is currently in her third year as the Memphis Jewish Community Center’s cultural arts and Judaic enrichment director. Over the past two years, Amy’s focus has been on developing the Jewish Literary and Cultural Arts Festival, the International Jewish Film Festival, and the MJCC Health and Wellness Expo. Amy has built these three programs from the ground up and has implemented them with huge success.

Providing the best possible experience to customers (members and non-members alike) by listening to and addressing their needs and the willingness to go the extra mile. 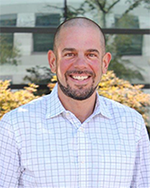 Jared has worked at the Marcus Jewish Community Center of Atlanta for 10 years. He started out as a day camp assistant director and continuously expanded his portfolio until he was promoted to chief program officer four years ago. During that time, Jared was instrumental in helping to build the MJCCA’s day camp program into the largest in the JCC Association network in terms of campers served.

Being in a different culture with different cultural norms doesn’t just happen in other countries. It happens in our JCCs every day, and it’s our job to create a welcoming environment. 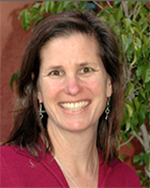 Sally was the executive director of the Jewish Community Center of the East Bay for five years before she became the COO of the Oshman Family JCC. Sally came into the JCC world as a preschool parent, then served as treasurer on the JCC East Bay’s board of directors.