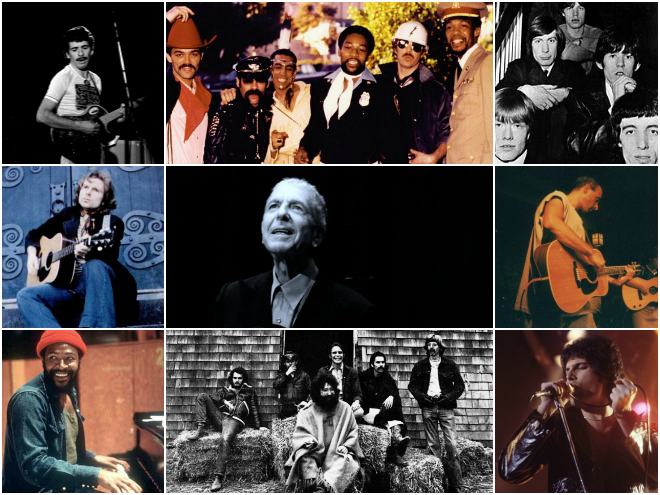 As 2015 draws to a close, there are many lists to celebrate the end of the year. Here’s ours: the 2015 Sounding Board Top Ten. We hope that every tune evokes some of the spirit of the JCC Movement—the programs and people and imagination we share together each and every day.

JCCs fire up our communal spirit, and there’s always a soundtrack accompanying the big, bold work that we do. If we have left out one of your favorite tunes, give us a shout.

It’s been nearly a year since we started thinking about this playlist, and it’s been a privilege to visit JCCs across the continent, hearing the beautiful music they make in this amazing network of communities. Thank you for the opportunity to share these songs with you. Enjoy our Top Ten, happy New Year and see you in 2016!

Marvin Gaye’s “What’s Going On” was a cry of an anguished heart in its day, and echoed for us as violence erupted in Baltimore. The JCC of Greater Baltimore worked closely with organizations supporting the neighborhoods affected most.

Sustainability was on our minds in May, as JCCs from Atlanta to Staten Island kept going green, and Van Morrison sang, “It’s Not that Easy Being Green” right alongside them.

We tipped our hats to our friends in the YMCA world. JCCs, after all, were born from YMHAs. The Village People’s infectious “YMCA” was the obvious choice in July.

JCC Maccabi ruled the summer! And we told you so with Freddy Mercury’s operatic “We Are the Champions.” Because those thousands of teens are our champions.

The world went dark in June, when Rami Wernik, a beloved friend passed from this world. “Shine a Light” by the Rolling Stones was the last song we were able to share with him.

The Jewish High Holidays ushered in a season of reflection. Leonard Cohen’s “Who By Fire” set the mood, riffing on the somber Unataneh Tokef prayer at the heart of the liturgy.

The anniversary of Yitzhak Rabin’s death grounded us in the opportunities and challenges embedded in the Jewish homeland as representatives of 24 JCCs headed to Innovation Lab: Jerusalem. We stand now, as we did then, with the city that sings the soul of the Jewish people, and inspired Dan Bern’s “Jerusalem.”

It was not hard to find gratitude for the ways JCCs animate the world with community this summer, singing along to one of our favorites, the Grateful Dead, as they said goodbye and we kept on “Truckin’.”

Another 1960s icon, Bill Graham, turned up during a visit to JCCs in Southern California. Carlos Santana helped us remember him with a rendition of “I Love You Too Much,” or “Ikh Hob Dikh Tsufil Lib,” one of Graham’s favorites.

And finally, we remember how this chorus began—by asking colleagues and friends across the JCC universe for the music that inspired their JCC souls. That song list appears here. Enjoy, and thanks again for listening!