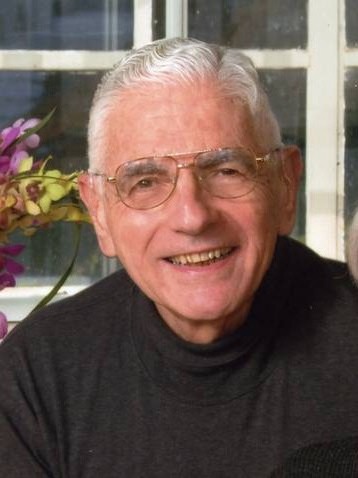 Rabbi Nathan M. Landman, who provided a Jewish presence in at one time or another in every U.S. Air Force base in Europe, and later became the deputy director of the JWB Commission on Jewish Chaplaincy (now JWB Jewish Chaplains Council), died on Jan. 25. He was 87.

He was a meticulous and dedicated worker, who threw himself into whatever the task was at hand. Whether recruiting or training Jewish lay leaders, or producing CHAPLINES—the newsletter he created for JWB Jewish Chaplains Council (JWB) in 1985 when he came to the agency—he poured his heart into the work.

“He was always willing to do the heavy lifting, and was very passionate about everything that JWB did,” says Rabbi Irving Elson, director of JWB. “He had a quite strength about him, and a real love for the lay leaders, in particular.”Those lay leaders would often serve Jewish military personnel when no Jewish chaplain was present, providing guidance and a connection to JWB for supplies and materials.

Elson was an ensign in the Navy attending his first JWB training conference when he first encountered Landman, who was not only passionate about JWB, but also about archiving its proceedings.

“He wanted to record every lecture at our training course,” says Elson. And since this was long before iPhones and MP3 recordings, Landman would in the mid-lecture, “change the tape from side A to side B, and end up with 23, 30 recordings,” says Elson.

His desire to document didn’t end there. He is perhaps best known at JWB for starting CHAPLINES, a quarterly newsletter for JWB endorsed chaplains that came out quarterly beginning in 1985. It was a publication so tied to Landman that it ceased publication in 2007 when he retired.

The first issue ran 14 pages of stapled, mimeographed copy. In it, he introduced himself and provided a roundup of useful news. In addition to the reminders about upcoming workshops, deadlines for Passover food requisitions, mazal tovs, condolences and notices about movings and changes for chaplains in service, he included a humor column with an amusing anecdote from Moment Magazine about a bull named “Rabbi.”

“It is my hope that this newsletter will be a viable vehicle not only for keeping you current with useful information, and providing you with resources you can tap to enhance your programs, but also as a means for you to communicate your ideas and successes, that can be of value to other as they try to provide quality programs wherever they may be,” Landman wrote.

“That was such a valuable document,” says Rabbi Ira Kronenberg, chair of the JWB Plenum. “It really kept us informed. For chaplains in the filed, we don’t get to see everybody all the time. We don’t work out of the same office.”

Soft-spoken and easy going, Landman was “always working for us,” says Kronenberg. “It was obvious he cared about chaplains in the field and he was there to do for us.”

followed by Hebrew Union College–Jewish Institute of Religion in Cincinnati and in 1956 was ordained as a rabbi. He served for two years in the U.S. Air Force in Texas, Alaska and Washington, D.C., before becoming a congregational rabbi in the Los Angeles area from 1958 to 1963, when he also served part time as a chaplain in the VA.

In 1963, just prior to the outbreak of the Vietnam War, he was recalled from reserve status to active duty, where he continued his career until retirement in 1981. He served 10 years overseas, in France, Germany and Spain. His assignments in the United Sates included Lackland Air Force Base, San Antonio, Texas, the U.S. Air Force Academy in Colorado Springs, Colorado, and Wright-Patterson Air Force Base in Ohio.

At JWB, in addition to creating CHAPLINES, he supervised the lay leader certification program and coordinated their training workshops annually. He created educational materials for use in military installations and provided weekly commentaries to the Torah portion for chaplains and lay leaders.

He was remembered fondly at JCC Association of North America, which oversees JWB. “I learned a lot from him,” says Franklin James, supervisor of production and facilities, who roomed with Landman on a staff seminar in Israel in 2001.

“He always took the time to explain and expound for me,” James says. “He really brought Israel alive for me.”