November celebrates Jewish Book Month, and JCCs as places where “people of the book” like to hang out, are naturals for promoting the annual literary event with book fairs, author events and arts, books and culture festivals.

Last year we asked JCC Association staff for their book recommendations, and we had so much fun doing it, that we asked our JCCs what was on their staff nightstands, too, this year. We hope you find some food for thought among all the recommendations—and maybe even include in your next book group discussion? 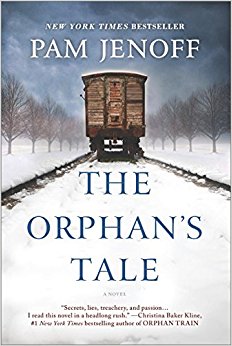 Pam Jenoff’s novel, The Orphan’s Tale, is truly an extraordinary story of friendship, courage and survival during the Holocaust.  The desire and decision to save fellow human beings, in the face of one’s own destruction truly moves me as a reader. and restores my faith in humanity.

Following two distinctly different yet intertwined and parallel lives, Forest Dark, by Nicole Krauss, leads the reader in search of one’s identity and life meaning.  Set in Israel,  the reader experiences the vast range of difference within the country, from bustling Tel Aviv to lush forests, to parched deserts.  I found the characters’ chance encounters, experiences, and exploration of mysticism compelling on so many levels…..leading me back to the novel to re-read!

Karolina’s Twins, is the moving and powerful story by Ronald Balson, of a Holocaust survivor’s desire to fulfill the promise and wish of her long deceased friend.  This is another story of friendship, tragedy, and courage to survive.  Despite the doubts of family members, the main characters driving quest to find answers is riveting…and can be a lesson to us all.

What hooked me? In the book, nothing was as it appeared to be and though I didn’t want to book to end, I couldn’t wait to see how it all ended. I couldn’t put it down!

Sapiens: A Brief History of Humankind was not the easiest book I’ve ever read. It was fascinating and frustrating and I found myself wanting to argue with the author—though I had a feeling I’d lose that one. Harari, a professor of history at Hebrew University in Jerusalem, connects our biological and technological histories together in a rather grim march toward modernity. The last chapter is called “The End of Homo Sapiens,” and his latest book, a follow-up, is Homo Deus: A Brief History of Tomorrow. Draw your own conclusions.

What keeps you reading? If you want to grapple with some big ideas about where we are headed as a species—this one’s for you.

The Undoing Project, by Michael Lewis, is the story of a great collaboration and friendship between two Israeli scientists, Danny Kahneman and Amos Tversky. 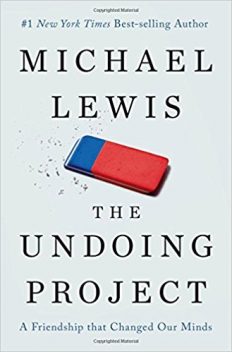 The book begins with a story behind Lewis’ successful book, Moneyball, which covered the Oakland Athletic’s quest to find a better way to value their players. When someone alerts Lewis that much of the science behind the approach had been done already, by Kahneman and Twersky, he sets out to explore the collaboration, lives, and friendship of the two men.

More than a science book? There’s a melancholy air that hangs over the work—Tversky and Kahneman eventually had a falling out, and Twersky died in 1997. Kahneman went on to win the Nobel Prize in economics in 2002, but there’s a sense that he never again found that creative spark of genius he had with Tversky. A must for Michael Lewis fans (Liar’s Poker, The Big Short), and social science and data geeks.

Emma Goldman: Revolution as a Way of Life, by Vivian Gornick, is part of the Yale Series, which introduces us, in succinct but eloquent form, to less well-known Jews as well as the known. This book introduced me to Emma in ways I didn’t know and stirred up the my activist nature that has remained dormant since college days. Emma is an inspiration.

What gives this book it’s Jewish ta’am? It’s Emma Goldman, and no matter what her religious belief or affiliation was or wasn’t, the essence of her being for political and social activism defines the Jewish people. 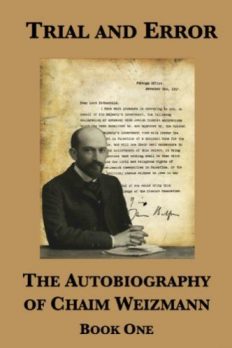 Trial and Error–The Autobiography of Chaim Weizmann is a remarkable book, chronicling the life and work of Chaim Weizmann, one of the most important figures in modern Zionist history.  His depiction of the late 19th and early 20th-century Jewish condition in Tsarist Russia as well as in both Central and Western Europe provides invaluable insight into the Jewish world of that time.  The roster of names with whom he came in contact with the Jewish, Zionist, scientific, cultural and political circles in which he traveled is a who’s who of the times.  It is an extraordinary memoir for those interested in how we came to be who and where we are as a Jewish people in the early 21st century.

Ruth Gruber’s extraordinary depiction in Haven of the rescue of nearly 1,000 mostly Jewish refugees and their voyage and experiences as the only such group to be brought to the United States during the course of the Second World War is a page-turner that was hard to put down. Her work as an official in the Roosevelt administration, under Secretary of the Interior Harold Ickes, and the arduous path that led to the rescue of this ragtag collection of survivors and refugees underscores the magnitude of the failure on the part of the United States and the world to save the remnants of the European Jewish community during the course of the slaughter.

Why read it now? Gruber’s life and career, which are referenced throughout the book, is among the very remarkable and heroic I have come upon.  Her recent death, at the age of 105, marks the loss of another irreplaceable voice who both witnessed and participated in some of the most profound moments in the modern history of our people.

The Nix by Nathan Hill is a gorgeously written, heartbreakingly funny satire about family, love and loss. At more than 600 pages, this debut novel is both confident and fearless as it follows the journey of a once-brilliant author who has lost his way.  As we are invited into the thwarted creative world of Samuel Andresen-Anderson, we are introduced to his life’s great tragedy: his abandonment for no apparent reason by his mother at age 11.  Of course  the story is more complex, and Hill manages to take us on a complex intertwining journey that includes Samuel, his long-lost and now-discovered truant mother, politics and gaming, and the 1968 Democratic National  Convention.

And yet it’s Jewish? What makes it a particularly Jewish story are the recurring themes of family, loyalty and the haunting power of the past. Ultimately it’s the realization that the past molds us and breaks us and never lets us go that allows Hill’s characters to come to terms with who they are, and what the possibilities might be for their future relationships. And the biting wit, smart observations and beautiful careful lyrical storytelling carries with it the stuff of the best modern Jewish folk tales.

The Complete and Simple Guide to Challah: A Farm Boy’s Guide to Great Jewish (and non-Jewish) Breads, by Dr. Dean Richards, is a tiny volume with a nice story 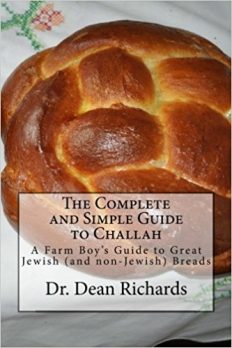 about his marrying into a Jewish family and falling in love with baking challah. I love to bake bread, so this is the latest addition to my collection, one to be used frequently.

You can’t get more Jewish than Sandra E. Rapoport’s Biblical Seductions: Six Stories. Rapoport examines episodes in Tanach that are not frequently discussed. It’s scholarly but very readable for a lay person.

Two Worlds Exist is a volume of poetry by Yehoshua November. It is surprisingly raw and emotional; truly great modern poetry coming from this Hasidic author’s pen. Loved it!

Carry Me, by Peter Behrens is about love and the changes in the lives of a range of Germans—Jewish and not, affluent and not—as World War II approaches. The writing is beautiful, the story heartbreaking—a wonderful read.

Dinner at the Center of the Earth is Nathan Englander’s fourth work of fiction. It brilliantly interweaves narrative and metaphor about loyalty and betrayal—of Zionism and Israel.

Grit offers us the premise that some people have fortitude and perseverance that gets them through the hard times, while others give up. This reminds me of the Jewish people as a whole. Author Angela Duckworth is a great researcher and has a wealth of knowledge on this topic.

So, it has real-world applications? The book is being used by our Merrin Teen Professionals and has been the discussion of many of our topics as they examine their own grit and the ways they can bring out this trait in the teens with whom they work. 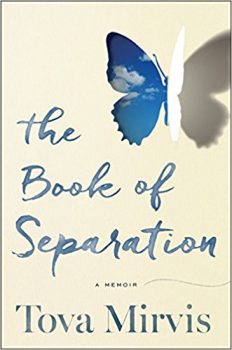 Tova Mirvis’ The Book of Separation is her fourth book, a memoir. She is lovely and wrote about her experiences leaving the Orthodox world in which she grew up, when she was married and had three children.  She is an excellent presenter as well as a writer, and this book is a personal exploration of Orthodox Judaism and her Jewish experiences.

The Weight of Ink, by Rachel Kadish, follows two women, living in very different times and societies. One is a Jewish woman living in the 17th century, who has taken on the unlikely role as scribe for a blind rabbi; the other is a professor of Jewish history, a non-Jew, whose passion for Jewish history is also in question.

The protagonist ofA Gentleman in Moscow, Count Alexander Rostoff, is forced by circumstances out of his control to embrace and celebrate the most minuscule and mundane aspects of what one might imagine being the minutiae of life. Instead of succumbing to negativity and isolation, in this novel by Amor Towles, he makes the most of his circumstances and appreciates the beauty of life. I felt that the book became “Jewish” in its ability to impress the importance of finding ways to celebrate each and every day.

This novel is beautifully written—you can easily fall in love with his characters and find yourself waiting to be a guest at Hotel Metropol. Though you’re eager to find out what happens, you’re heartbroken that the book has to end.