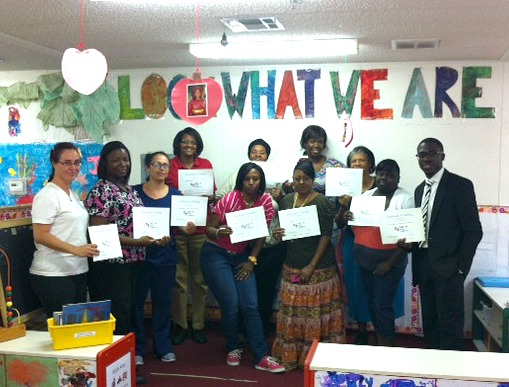 Timothy Wingate Jr. was worrying about his kids.

As chief executive officer of Apostolic Child Development Centers, Inc. he worried that they didn’t know how to make good food choices; that they didn’t get enough exercise. He figured they were setting themselves up for lifelong struggles with obesity and all the health problems that go with it.

And then he discovered CATCH.

“We recognized a need for this when we started to identify what the children were bringing to school for breakfast,” says Wingate whose West Palm Beach, Fla. programs serve 110 children. “They were eating chips and soda for breakfast, and this isn’t part of a balanced diet.”

Wingate began discussing what his early childhood program, which serves children from infancy through age 5, could do to alter this trajectory. Parents, most of whom Wingate describes as low-income, were making poor health decisions largely because they did not know any better themselves.

Just as Wingate was beginning to brainstorm with his team about what to do, Shawn McDougall, director of health, fitness and wellness at the Mandel JCC in Boynton Beach, Fla. called.

The JCC had funding from Florida Blue, the health insurance provider, to take Discover CATCH on the road. The JCC had been using the JCC Association signature program for four years. Now, it had the opportunity to spread the benefits, training early childhood educators in a curriculum centered on childhood wellness, developing good eating habits and engaging in physical fitness activities. Its instructors, steeped in the lingo of “whoa” and “go” foods, would be able to reach out to their neighbors and train those educators who work with underserved communities.

And combatting childhood obesity is one way to do just that, he says.

By incorporating physical activities, nutritional information and emphasizing healthy habits, Discover CATCH filters healthy living through Jewish values. The program incorporates all this in a fun, appealing way that engages children and their parents, as well as the educators teaching them.

The program offers a buoyant take on topics with which even adults struggle. And it’s hard to imagine any teacher using “mingle, mingle” and “skitter, scatter,” some of the CATCH phrases that go along with activities, without cracking a smile.

Cory Silvestri, the executive director of Fun 2 Learn Academy, Inc. in Lake Worth, Florida, has found the playful approach both appealing and effective.

“It adds a lot of value to the day-to-day around here. I don’t have to tell them to do it,” she says of her teachers. “They are actively using the equipment and asking for it. It’s refreshing.” 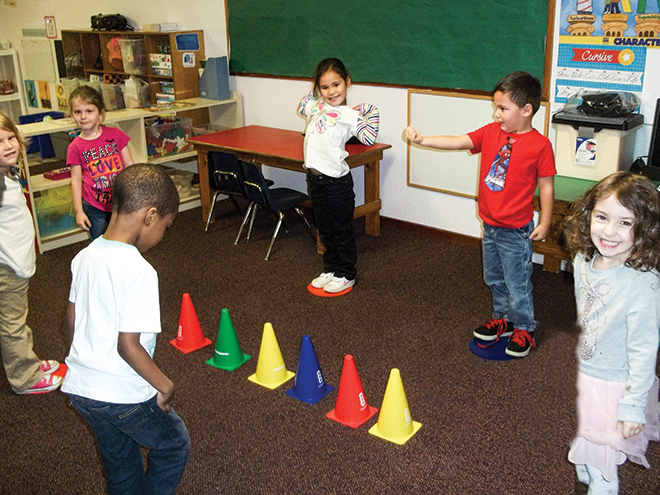 Silvestri was in a similar position to Wingate, looking to implement a health and safety program, when McDougall happened to drive by her center and dropped in, thinking that it might make a good partner in the JCC’s efforts.

“It was the perfect fit for what we were trying to accomplish with our children,” says Silvestri, whose program serves up to 80 children age 2 through 12, hailing from diverse backgrounds.

The training and the box of activities and lessons that comes with it was a big hit with her teachers. “The next week we started a binder for each classroom. The teachers are creating their own lesson plans.”

More importantly, the activities have been well received by the kids. They provide creative ways to get them on their feet, she says. “I want them up and moving. I want them to understand the difference between something that is good to eat and what they should limit.”

The Mandel JCC has been able to offer its expertise in Discover CATCH to four local early childhood education programs through a $100,000 grant from Florida.

That has enabled the curriculum to reach approximately 300 children beyond the JCC’s own early childhood program, according to McDougall.

The inculcation of JCC values has resulted in a first-class program, one that will impact many kids.

And although the Florida Blue funding has been spent, JCC Association is working to secure more. The idea is to expand the number of children that CATCH reaches to promote good health and wellness at an age when it might, well, catch.

Currently 50 JCCs have trained in the program, with seven more in the works, says Steve Becker, JCC Association vice president, health and wellness services. The CATCH program, developed by the University of Texas School of Public Health, has components targeting children from early childhood through high school. “The University of Texas gave us the early childhood version to make our own,” says Becker.

Peter Cribb, national CATCH program director at UT-Austin, says the way JCC Association has adapted CATCH has been incredibly successful. “I’m very impressed with how JCCs as a group have taken the tenets of CATCH and sort of molded it into your guiding principles and have come up with a first-quality program,” he notes. None of the program’s integrity was compromised when JCC Association adapted it to work with the Jewish values so integral to JCCs, he says.

“Steve and his team have not only taken the program, but added to it,” says Cribb. “CATCH is fortunate to have the JCCs as a partner. The inculcation of JCC values has resulted in a first-class program, one that will impact many kids.”

And it appears to be on its way to doing just that, as early childhood programs sign up to train with the J.

Since participating in the CATCH training, Apostolic Child Development Centers has adopted some of the program’s other features. One Sunday in early fall, several dads with kids in the program helped construct raised beds for an organic garden. This way, Wingate says, kids can see how and where their food is grown. And hopefully by doing so, Apostolic will plant the seeds for them to make better food choices now, and later in life, he says.

“This helps them make healthier choices.”