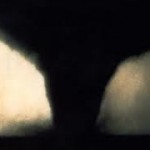 We heard good news from the executive director of the Levite JCC in Birmingham, Alabama today. The vicious tornado that caused extensive damage in Alabama on April 27 missed the JCC. “We are pleased to report that the Levite Jewish Community Center in Birmingham, Alabama was fortunate enough to emerge unscathed from yesterday’s tornado,” wrote Garth Potts. “There was much destruction to the general community, but most was concentrated further to the north of the center (and our campus that includes JFS, the Jewish Day School and Federation) and the Jewish neighborhoods.  To our knowledge, everyone emerged a little shaken but in one piece.”

As many as 100 different tornadoes tore through the South, and as of this afternoon the death toll stood above 200. Thirteen people were killed in Birmingham alone, with 120 more throughout Alabama.