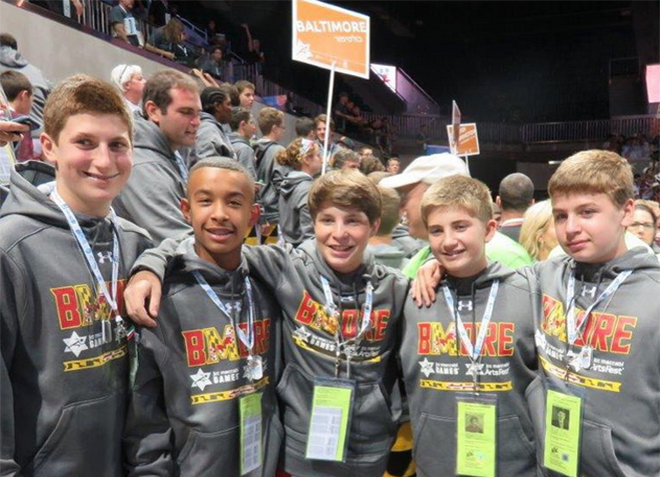 More than 2,000 of Jewish teens wore their Jewish pride in style Sunday night at the opening ceremonies for the JCC Maccabi Games™. To be on hand celebrating with them as they marched in their individual JCC delegations in Dallas and Milwaukee was thrilling — a way to see our JCCs and their teens in all their diversity.

We’ll be sharing photos and updates throughout the week in emails and on social media. But we want to hear from you, too. If you’re posting from Dallas, Milwaukee or Fort Lauderdale, be sure to include the hashtag #WeAreJCCMaccabi. You’ll want to be part of a cheer that taps into Jewish values and rallies a love of sports and arts, and unites us as we participate together in this amazing gathering of Jewish spirit and diversity.

The next best thing to being there

On Sunday, Aug. 9, the JCC Maccabi Games and Arts Fest, hosted by the David Posnack JCC in Fort Lauderdale, Florida will kick off. If you can’t be there for the opening ceremony, but you want to get a taste for how amazing it is, you can livestream it staring at 7 p.m. EDT.

It’s a way to feel that rush of excitement and join in the fun. Share the link with family and friends so they can see what all the fuss is about! 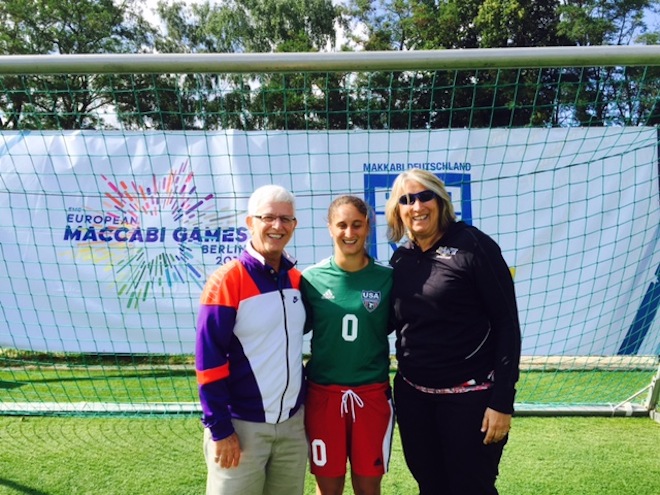 We are still here

The European Maccabi Games opened in Berlin last week. It was the first time the games have been held in the city, which was the capital of the German Reich. The opening ceremony was held in the city’s Olympic Park, built for the 1936 Olympiad, from which Hitler had banned Jewish participation.

It was fraught with meaning and possibility. Paul Lewis and his wife, Bonnie Hittelman-Lewis, director of recreation and wellness at the Mandell JCC in West Hartford, Connecticut, were there to cheer on their daughter, Becca, a goalkeeper for one of the U.S. soccer teams.

Lewis, who is a program officer for PJ Library at the Harold Grinspoon Foundation, capture the weight of history and the overwhelming sense of triumph that pervades the spirit in Berlin in this moving piece in eJewishPhilanthropy.