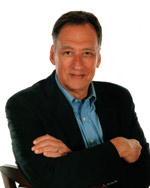 In his 40 years of involvement with Jewish community centers, Allan Finkelstein has witnessed wave after wave of changes.

“From a day when JCCs were very much social service institutions and settlement houses, we have become focused on three revenue-producing core businesses to support our operation — early childhood, camping, and wellness,” said the Maplewood resident.

In between, JCCs and YM-YWHAs became associated with fitness, Jewish cultural activities, and, more so in recent years, Jewish education.

Tying them all together is a single goal. “The mission of the JCC has been the same for 150 years — to strengthen the Jewish community,” he said.

In December, leadership of that mission will fall to someone else, as Finkelstein retires after 20 years as president and CEO of the Jewish Community Centers Association of North America, the movement’s umbrella body.

Finkelstein’s retirement was announced last week at the movement’s biennial convention in San Diego. In a news release, his colleagues noted that Finkelstein helped initiate a number of new programs, including a performance and visual arts competition that runs alongside the organization’s JCC Maccabi Games, an Israel travel program, a child-focused health and wellness program, and a model for early childhood programming called SHEVA.

Finkelstein has also seen the movement through some trying times.

In a March 31 interview, he said his biggest challenge has been “keeping a nonprofit organization financially viable as Jewish life has changed in America and Canada. That is the hardest thing, and we are fighting to do it all the time.”

For that, he said, a master’s degree in business administration would have been as important as the master’s in social work he earned from the University of Minnesota.

Before he became the association’s chief executive in 1994, Finkelstein spent 20 years running JCCs at the local level in Buffalo, NY, Columbus, Ohio; and Los Angeles.

Until he steps down at the start of 2015, he will continue to commute to his Manhattan office from his home in Maplewood, where he lives with his wife, Bonnie, a volunteer for the Jewish Family Service of MetroWest’s Rachel Coalition.

“The most rewarding things for me were helping mold and shape people’s careers and watch them grow,” he said. “People I had as campers are now executive directors.”

Finkelstein said he hasn’t made firm plans for what happens next.

“It is the most liberating feeling I have ever had,” he said. “For 40 years I have had to be in a certain place at a certain time, and soon I won’t have to answer to that. I certainly intend to stay active. I have work to do professionally that I haven’t done yet. I would love to teach and to mentor.”

Finkelstein estimated that he spends one-quarter to one-third of his time on the road — an aspect of the job he will miss the least.

“What I will miss most is that every day there is a challenge, and I love working with my teams,” he said. “I have a wonderful staff.”

With a touch of regret, he noted one early goal he wasn’t able to achieve.

Such duplication, he said, has added to the high cost of Jewish belonging.

This article by Robert Wiener originally appeared on April 3, 2014 in the New Jersey Jewish News. You can view the original here.