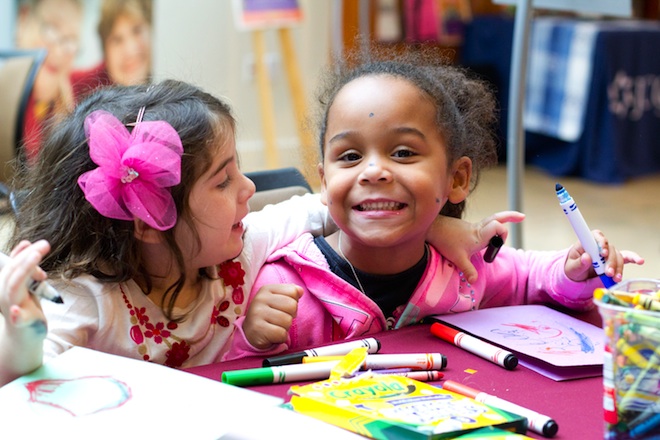 The website says it all: Black Friday. Cyber Monday. #GivingTuesday.

And thanks to the 92nd Street Y, the Tuesday after Thanksgiving – this year Dec. 2 — has become part of the national lexicon as a national day of giving to launch the holiday season.

But it also recognized that it had been thinking about the ways it can continue to be a community center in a world that is very differently connected than it was in 1874 when the Y was founded. Or for that matter, even 10 years ago.

The Y had started disseminating some of its signature programs through webcasting and streaming to JCCs around the country. Why not harness that connectivity for social good?

And in two years, the Y has, harnessing the best sentiments of the holiday season into a message stressing generosity of spirit and giving. Henry Timms, then deputy executive director for innovation, strategy and content, now executive director, saw the potential of creating a day that served as an alternative, more than an antidote, to the promotional sale days that kickoff the holiday season.

“92Y and JCCs have long understood the power of community and the importance of giving back,” says Timms. “These two values – fundamental to Jewish culture – are at the heart of #GivingTuesday, so we are especially thrilled to see JCC Association becoming more involved in the movement this year. We look forward to seeing how #GivingTuesday comes alive through the JCC Movement.”

#GivingTuesday is a reminder that each day offers us all opportunities to live up to our aspirations, our potential, our hopes, and our dreams.

In 2012, 92Y working with the United Nations Foundation, had 2,500 partners in 50 states. Last year that exploded into more than 10,000 non-profit organizations –including several JCCs — around the globe.

92Y’s activities for the day include a sustainability station in the main lobby at which to exchange a disposable water bottle for a reusable one, a free live-stream concert in conjunction with St. Luke’s Orchestra, a blood drive, a clothing drive and a knit-a-thon.

This year, JCC Association is getting into the swing of #GivingTuesday by creating a #LiveUp at the J campaign and connecting it to the day. The goal is to highlight the services that the agency provides to JCCs through its signature programs including ongoing professional development; commitment to Jewish values through camps, early childhood and Israel education; and teen and community connections built through the JCC Maccabi Games and ArtsFest and JCC Maccabi Israel programs, which this year will include participating in the March of the Living for the first time.

#LiveUp comes straight from the newly reinvigorated J brand, which so many JCCs have enthusiastically embraced. The idea of the J being a place to learn, grow, stay in shape and to put them and themselves on paths to meaningful lives, is at the core of what JCCs do each and every day.

The #GivingTuesday campaign is a reminder that each day offers us all opportunities to live up to our aspirations, our potential, our hopes, and our dreams. 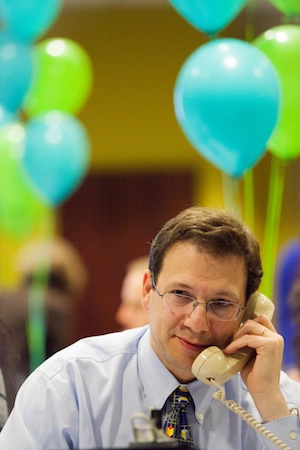 Last year for #GivingTuesday, the JCC of Greater Baltimore partnered with the Associated, the Baltimore’s Jewish federation. The event was held in the JCC’s lobby, and did what the federation does best – a phone-a-thon, a la Super Sunday, but with messaging targeted to its beneficiaries, like the JCC.

“In December our society is very much geared towards year end goals, holiday parties, gifts and travel. I am proud that our Jewish community so eagerly pauses from the end-of year-rush to designate a day to reflect on giving to our JCC and our sister organizations,” says Maury L. Garten, vice chair of the board of the Baltimore JCC. “I am a continually amazed of our donor’s generosity in making contributions on #GivingTuesday and the impact that these significant funds can have to our JCC.”

This year, the event will be moved to the lobby for greater visibility and to have more of the lay leadership calling, “so that people can see #GivingTuesday and make the connection to the JCC,” according to Rochelle C. Eisenberg, director of public relations and agency marketing at the Associated.

Last year, the Associated raised $1.3 million on #GivingTuesday and was part of a greater #BmoreGiveMore effort for the city. This year the effort has gone statewide, with a #MarylandGivesMore hashtag. The goal is to make Maryland “the most generous state” in the country, she says.

Across the continent, the JCC of San Francisco has taken a different approach. The messaging for the day was meant to focus on ways people could give back to the community. They were encouraged to make a gift, which many did; and they could choose to participate in a hands-on project in the JCC’s atrium, a very visible space.

The other goal was to “convey the idea that the JCC of San Francisco is a non-profit and that our mission and values and existence are important to the overall health of our community,” says Josie A.G. Shapiro, annual giving officer at the JCC.

The program was very visible last year. Each person who walked into the JCC was greeted by a team wearing #GivingTuesday t-shirts. The atrium was filled with a variety of projects, including one assembling 50 personal hygiene kits for Project Homeless Connect. Preschoolers made Hanukkah cards to be distributed at local senior centers, and the kids in after school programs baked goods and sold them.

This year the card project will be even more creative, she says, using recycled materials instead of just crayons and paper. The staff is getting in on the bake sale, and the Project Homeless Connect is on board. New will be the fitness center selling one-day passes with the proceeds benefitting the JCC’s tikkun olam program.

And what made it such a hit?

“Cross departmental collaboration is really important,” says Shapiro. “And people supporting the idea that the JCC makes the world a better place.”