What does it mean to lead a JCC in the 21st century?

Fifty-one participants from 31 JCCs in the Esther Leah Ritz Emerging JCC Leaders Institute spent their time at the Biennial exploring that question—and coming up with their own answers—during a few very intensive days.

Esther Leah Ritz, for whom this unique program was named, led by example. An honorary chair of JCC Association, she served as presidents of the Harry & Rose Samson Family JCC of Milwaukee, JWB, the forerunner of JCC Association, and the JCC Association-Florence G. Heller Research Center. In addition, Ritz, who died in 2003, chaired the World Confederation of JCCs. She was the recipient of one of JCC Association’s highest honors, the Community Builders Award. Her example has inspired those who have had the opportunity to attend the Emerging JCC Leaders Institute, and this year in San Diego was no exception.

Two of this year’s Esther Leah Ritz Emerging JCC Leaders Institute participants share their impressions of a program that deepened their appreciation of what leading means and the role they can play in their communities.

Scott Greene, Setting on a Path to Lead 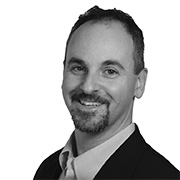 I currently serve on the board of directors of the Springfield JCC in Massachusetts, so when I had the opportunity to attend the Esther Leah Ritz Emerging JCC Leaders Program as part of the 2014 JCCs of North America Biennial I jumped at the chance. As chair of our JCC’s new marketing committee I saw my experience in San Diego as twofold. One purpose was to meet and network with other lay leaders and board members from JCCs around the country and Canada who were also part of the ELR program. The other was to learn all about the new JCC Association branding initiative and bring it and guidelines back to Springfield.

The program was intensive, with numerous sessions each day over the course of four days, but spread out as such to allow ample free time and plenty of opportunity to work with other members of my Springfield delegation. Even though there were about 50 of us participating in the ELR program, we became a close knit group, shared meals together outside of session time, and often just took time chatting with each other to express what our local J’s mean to us and our communities.

During the final day of the ELR institute, I was able to share stories, ideas, and some of Springfield’s best practices with my ELR colleagues. The sessions were introspective, collaborative and required me to share personal practices as well as listen to JCC leaders and understand how their leadership skills were honed.

As I work in sales and marketing for a local community newspaper and marketing group in western Massachusetts, the Esther Leah Ritz Emerging Leaders program was an invaluable experience and one that helped me to build a nice foundation of JCC know-how. It was personally rewarding and encouraged me along this path as I plan to continue on as a board member and possibly as a center staff leader in the future.

Now having attended my first Biennial in San Diego, I take it upon myself to share my experience with others and recruit them to join me as part of larger Springfield delegations in years to come.

I hope to see you at #JCCBiennial 2016 in Baltimore! 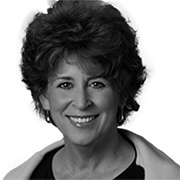 “All any of us can hope for is that the bit we do, combined with the efforts of many, many others, can add up to solutions that go to the root.” These are words that Esther Leah Ritz spoke, breathed, inspired and lived by.

Esther Leah Ritz was a JCC matriarch and leader at the Movement’s very inception. She is the namesake for the Emerging JCC Leaders Institute that I had the privilege of attending at the JCCs of North America 2014 Biennial on behalf of Houston’s Evelyn Rubenstein Jewish Community Center.
The scholars included those who were born and those who chose to be Jewish. Ages spanned 30 years. We are artists, lawyers, teachers, accountants, entrepreneurs and financial planners.

We learned that leadership personalities vary considerably and that successful JCCs have board members who focus on its heart and the core values, its soul and creative center, or its goals and action plans. I thought of myself as the third type, but after engaging in the exercise, I realized that my style focuses more on relationships and intimacy. My development job at Texas Children’s Hospital is to engage people through our mission, vision and patient stories and ignite their passions. Organizational participation and transformative gifts, to me, happen when people’s hearts are moved. The same is true for JCCs. But each leadership type is necessary to craft what is possible and to construct a doable framework.

The mash-up of diverse personalities in the institute brought forth rich, varied and committed perspectives that, I’m confident, will lead the JCC movement to undeniable relevance and stronger engagement with the Jewish community across North America.