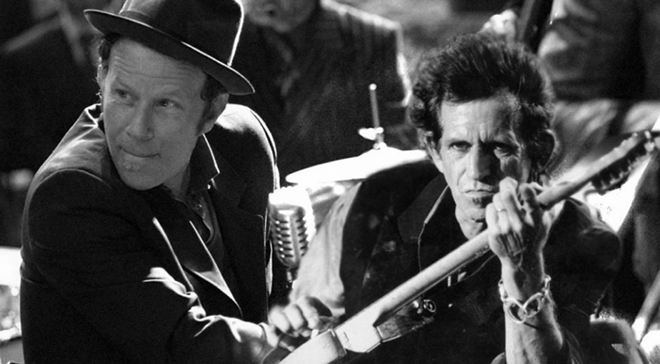 It’s Elul, the month when repentance begins in the Jewish world. Shofars blow, regrets and aspirations mount. It’s a time for reflection and renewal.

Some of us find ourselves in synagogues during the High Holy Days. For some, the Days of Awe are the only season when we take a seat in a synagogue or temple. We navigate ancient scripts and long sermons with a sense of obligation or nostalgia, and sometimes the mix of a remembered melody, a thoughtful word, a community of others seeking, or a change of place in the middle of the day offers a chance for a turn of self — t’shuvah in Hebrew — that makes room for us to grow and be in the world with a bit more light and life than before.

Many more know that change is in the air — from the first hint of the cool breezes and dark colors of Fall or a comment about holiday plans from Jewish friend or the taste of the family recipe that only comes once or twice a year — but have no community or language to hold the feelings that it brings.

“Well you say that it’s gospel,” Tom Waits sings on 1992’s Bone Machine with his buddy Keith Richards of the Rolling Stones straining to reach parallel notes, “but I know that it’s only church.”

Waits started out as a mellow 70’s California singer-songwriter but morphed into a boozy, throwback, piano-playing balladeer. Today he’s a shape-shifting avant-gardist conducting bagpipes and marimba alongside traditional rock instrumentation — and one of popular culture’s greatest (and funniest and raunchiest) commentators on the meaning of life.

Listen to a fuller quote from “That Feel,” a song offering a path to seekers in quest of meaning outside of traditions of church or synagogue while still hungry for “that feel”:

It’s been reported that America is a very religious country. Demographers debate if this trend applies to Jews in America. (I am less familiar with trend lines in Canada, but I invite our friends to tell us more.) But when reflecting in the most general terms on the people I have met in JCCs over the past decade or more, and particularly since beginning at JCC Association six months ago, I have discovered a great deal of pride and interest in Jewish identity — including, of course, among people who are not partnered or otherwise living with or among Jews — but much less in terms of religion than culture.

We are thinking a great deal about how JCCs can cultivate space and programs to support pluralistic, diverse, creative Jewish culture in this colorful and in many ways unprecedented landscape. Even this month, the Sheva-Covenant Directors Institute and the JCC Maccabi GamesTM and ArtsFestTM offered our community fascinating conversations and experiences charged with Jewish meaning. We are thinking about how this surge of learning and fun and challenge was defined by being around other Jewish people and elements of Jewish culture as much as by religious traditions.

And here’s where Tom Waits comes in: Many of us — maybe most of us — seek “that feel.” The “feel” is a sense of belonging, of being alive, of connection to purpose that fills us and weighs us down all at once. Places of worship have carried “that feel” for millennia, but that does not mean that they carry it for many of us today. When Tom Waits sings “Well you say that it’s gospel/But I know that it’s only church” I hear a voice calling for meaning both from within, and despite of the ways religious institutions — churches and synagogues and other spaces of worship and community in all of their glory.

If you spend time in a JCC, you probably know “that feel.” It’s the moment of seeing a centenarian and a two-year-old making funny faces at each other in the lobby, or sharing a kind word with a JCC friend, or doing something you had never done before with a personal trainer, or picking up a Friday afternoon treat. How we grow and support “that feel” for those who seek it in JCCs is one of the great Jewish callings of our era both in the Days of Awe that are upon us and every day.