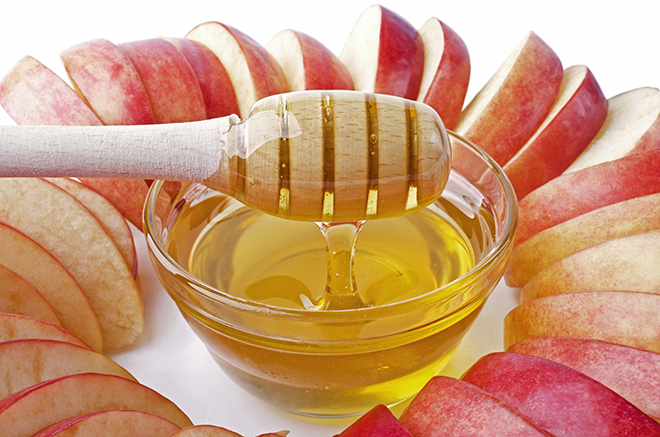 Last year, Shula Banchik wanted to do something a little different as the Calgary Jewish Community Center prepared for the High Holidays. So the cultural arts and Israeli program manager decided a shofar-blowing contest was in order.

Dubbed “From Synagogue to Cyberspace,” the JCC asked people to film themselves blowing the shofar, then submit the video online. Many did it on their own, and Banchik had a shofar on hand at the JCC and periodically would “voluntell” them to let loose some lungpower on the ancient ram’s horn.

In all the JCC had so many entries, that they caused problems with their Facebook page.

So this year, Banchik wanted to do something different — a scavenger hunt using a phone app Klikaklu. And she decided to harness the collective brain power of her fellow programmers in a brainstorming call.

“They’re very popular to do as a team-building project,” Banchik told the group. “This year I’m going to have a honey tasting, a beeswax candle-making and yoga and guided meditation, and d a sing-along for Rosh Hashanah, all in person at the JCC. But I thought for people who can’t come, but want to participate, I want to do a virtual thing.’

The scavenger hunt would involve “cool prizes,” such as ticket give-aways to cultural arts events, Shabbat dinners at the J, and free workshops.

The idea is to have 18 clues. People compete by figuring them out, taking a picture, matching it to the clue and moving on. There might be a poll to take, or participants might upload a video.

The goal is to create something fun and family-centric that children under 12 could do with an adult.

Some of the clues tossed about in the brainstorming session include: make an edible apple-and-honey artwork; blow your best tekiah; send a Rosh Hashanah video greeting; create a Rosh Hashanah sculpture from what’s in your blue recycling bin.

Although the group is still hashing out ideas — some will likely involve matching a picture to something that will solve the clue — it was clear it had a lot of appeal.

From a nuts and bolts standpoint, the hunt organizer has to purchase the app for $12. Participants, however, can use a free version.

Everyone who completes the challenge in Calgary will win something, Banchik says. Meanwhile, she’s putting clues into the app and when it’s ready, she’ll be sending it along to other programmers, inviting them to play so that they get an idea what it’s all about.

As for wrapping it up?

“I’m still trying to think what the finish line is,” Banchik says. “How to make it into an event.”

For more information about Klikaklu or for ideas about creating your own High Holiday scavenger hunt, contact Banchik. If you’ve got a creative take on programming for the High Holidays, Sukkot or Simchat Torah, let Circle Monthly know.