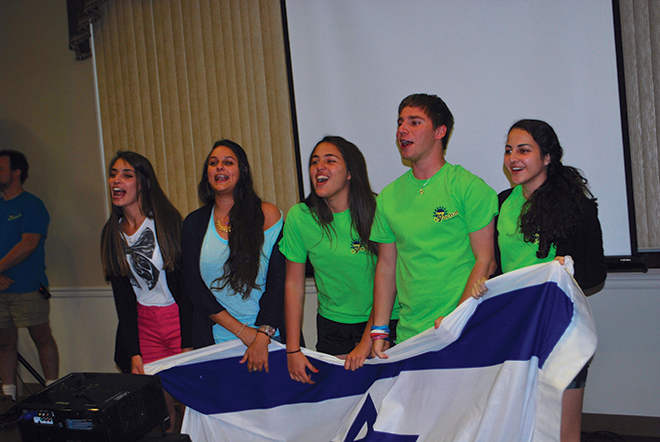 How schlichim bring Israel into the J, every day

Hosting an Israeli, coached to serve as an emissary, is a powerful tool for engaging your community with Israel. A trained shaliach helps integrate Israel throughout the JCC, infusing programs as diverse as early childhood, sports, adult education, and arts with a taste of the Jewish homeland.

While there have long been shlichim at JCCs, it was roughly three years ago that JCC Association decided to play a bigger role in making this happen, says Leah Garber, director of the JCC Israel Center in Jerusalem. The Israel Center works closely with the Jewish Agency for Israel, which runs the program and assists JCCs in the interview and selection process.

“Having a dedicated, trained person who comes from Israel to serve specifically one purpose, is the best tool for enhancing Israel programming at the JCC,” Garber says.

“When you walk into the building, you can tell there is a young, passionate person in the building working with children, staff, other agencies, synagogues and schools. There are so many different layers on which the shlichim program works.”

“A shaliach is first and foremost an educator,” he says. “They bring a personal perspective on Israel to the JCC. And what they add in terms of community engagement is immeasurable.”

“Israel is at the center of my Center,” says Gary Bomzer, CEO and president, of the Michael-Ann Russell JCC in Miami.

And the JCC has demonstrated that time and again, by continuing its shlichut program since 1997. The community has hosted several shlichim over the years, and recently bid farewell to one. The new shlichah will arrive in February. For Bomzer, the program is the single best way to insert Israel into his JCC. Schlichim bring a high level of programming and discourse to the table. He saw this at work as far back as the first and second intifadas, Palestinian uprisings that included bus bombings and other terrorist attacks.

“The shaliach was able to have the dialogue and bring it to a level of understanding with the community and with members,” he says.

The shlichim the JCC has hosted over the years have infused a level of sophistication into the Israel discussion. They’ve imbued every program at the J, including early childhood, summer camp, sports, special needs, senior adults and more with an Israeli perspective.

The position at Michael-Ann Russell JCC is one that has been filled by a senior level shaliach, one with a family and deeper training than that of summer shlichim, who fill the ranks of summer and overnight camps; and young shlichim who come straight from their army service.

“My stance has always been there should be a way to bring Israel closer to your JCC by having a professional to guide and direct the overall thrust and mission. You can’t lose out.” 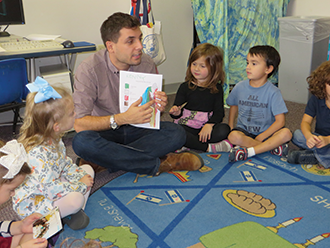 “I was really excited about doing this as was the community,” says Larry Skolnick, executive director of the Memphis Jewish Community Center, which is hosting its first shaliach in a very long time. “For those who remember the last time and those who don’t, it’s really generated a lot of excitement.”

Dustin Biton, 26, has been working in the community since August. He completed his army service in Israel and had been working before he decided to enter the program. And although only two-thirds of his time is spent working on JCC programs, Skolnick says that the J views him as a community shaliach, available to all.

The other third of his time? “He spends that outside the walls of the JCC. He’s available to other Jewish institutions in the community, so that we aren’t waiting for people to come through our doors to experience the shaliach.

“In two months he’s been doing programs at four local synagogues and in two ongoing programs for teens. One day a week, he teaches at the community day school. He’s actively involved with BBYO [B’nai B’rith Youth Organization] and has been staffing the regional convention, working with teens from the region. He is also working with the local Hillels at the University of Memphis, Rhodes College and Christian Brothers University.” Whew!

And if that’s not enough, he’s been just as active within the walls of the J, where he works with everyone from tots to seniors. “It’s nice to see him walk through the preschool and hear a three-year-old say to a parent, ‘That’s Mr. Dustin. He’s from Israel.’”

Biton will be in Memphis through the year with the option to renew for a second. But the JCC is already looking ahead. The Memphis Jewish Federation gave a very generous grant to fund the position, Skolnick says, and “I think it will be a long-term commitment for us and for the federation.”

“I discover a different Israel through their eyes” 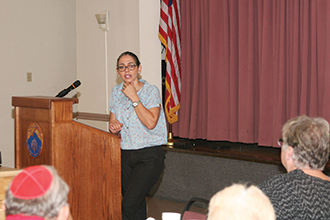 For many years Oshrat Barel worked in Partnership2Gether, which sets up sister-city relationships between communities in the diaspora and those in Israel. Then she wanted to see how things worked on the other side.

To do so, she decided to become a shlichah. She is now in her second year at the Tucson Jewish Community Center. Her position at the Weintraub Israel Center is a partnership between the JCC and the Jewish Federation of Southern Arizona.

For her, shlichut has been a two way street, with her gaining as much perspective as she is giving.

“Every time I’m having a conversation or giving a talk or doing a program with partners, I discover a different Israel through their eyes. I love this part of my job, to have the opportunity to meet so many different people and to be enriched by them.”

“This is a very warm community. When I came here, after working with Cleveland in Partnership2Gether [P2G], which is a community of 80,000 Jews, I was worried. This is a community of 25,000, but they are very well connected, very engaged with Israel. I would say that they are small and loud,” she laughs with affection. “It’s vibrant and they are amazing partners.”

Barel’s father was a killed in a terrorist attack 12 years ago. That colors how she views her role, as one of creating opportunities for significant connections. “For those of us who paid the highest price for this conflict, it is our duty to make sure there will be more dialogue, to promote understanding. Blind hatred killed my father. For me, one of the most difficult things was going to a mosque here and creating a relationship with an imam.”

Being in America has given Barel an appreciation for Jewish diversity. Her own personal takeaway has been finding creative ways to be Jewish, that differ from her own upbringing. She returns to Israel in 2016, but even then, she says, her connection to Jewish Tucson will continue.

“I will miss them, but I will continue to host them. Not in Tucson, but in Israel. My heart and my home will always be open to them.”