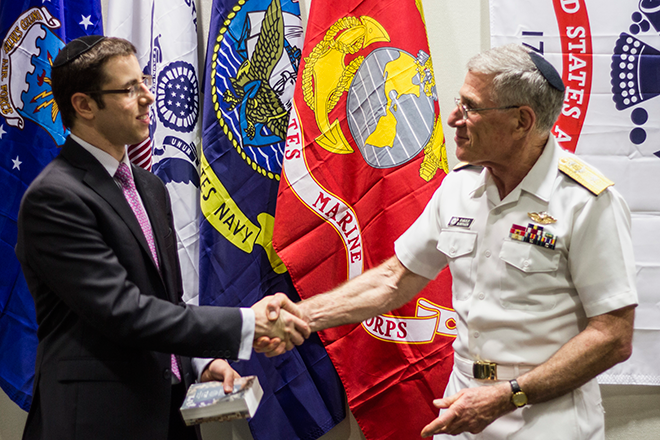 Rabbinical student Jared Anstandig took the oath, promising to uphold the Constitution of the United States as he was sworn in as a chaplain on June 16.

“Jared has stepped up, and in the words of Isaiah, he is here, and I quote ‘Who will go for us? Hineni shelachni, here I am, send me.’”

Anstandig spoke about his admiration for JWB’s work and wanting to be a part of it. “I’ve always respected people who serve in the military,” he said following the ceremony. “The idea of being a person of support in times of crisis and of happiness is an honor.”