Gary E. Jacobs, chair of the board of JCC Association of North America, and I spent a memorable couple of days in Austin, Texas, this week visiting Shalom Austin, a young and remarkable JCC and one of roughly 35 integrated communities across the JCC Movement. (Earlier this fall, I relayed details of my incredible visit to the Boulder JCC, another of the young, exciting JCC communities in our movement’s network.)

Integrated communities are those in which the JCC is part of a shared corporate structure that includes a Jewish Federation and other organizations and institutions, which vary by community. In Austin, the configuration includes Jewish Family Service and the Jewish Community Foundation. Together they form the backbone of the magnificent 40-acre Dell Jewish Community Campus—named for lead donors Susan and Michael Dell—which is also home to the Austin Jewish Academy, a community day school, as well as three congregations, one of each of the major streams of Judaism: Reform, Conservative, and Orthodox. That’s quite a powerful combination.

The campus was built to provide a hub and home for Austin’s rapidly growing Jewish community. Though the campus is fewer than 20 years old, a major capital development effort is already underway to include an expanded JCC, an outdoor aquatics center, tennis courts, conference space, and much more. The Austin Jewish community, like the city it calls home, is drawing young families and experiencing an influx of new arrivals, many of them baby boomers (ages 55-64) who are coming to be closer to children and grandchildren.

Like other Jewish communities that lack multi-generational roots, in Austin, the Jewish community is evolving in the image of existing and newly arrived community members and leaders. The early childhood centers are filled to overflowing, camp programs are expanding, and the community’s potential appears to be without limit. Bold ambitions are the stock in trade of CEO Rabbi Daniel Septimus and Board Chair Rick Rosenberg, both of whom are surrounded by dedicated and passionate partners. I was particularly gratified to see longtime JCC Association colleague Janet S. Elam leading the capital development efforts in her role as COO, the number two professional at Shalom Austin.

As ever, this visit included time with the board, major donors, community leaders, and, of course, the staff. A walking tour of the campus uncovered a host of hidden jewels, including the oldest active synagogue in Texas, B’nai Abraham, founded in 1885. The building, which was moved, literally, board by board from Brenham, Texas, now serves as home to a new Orthodox congregation, Tiferet Israel. 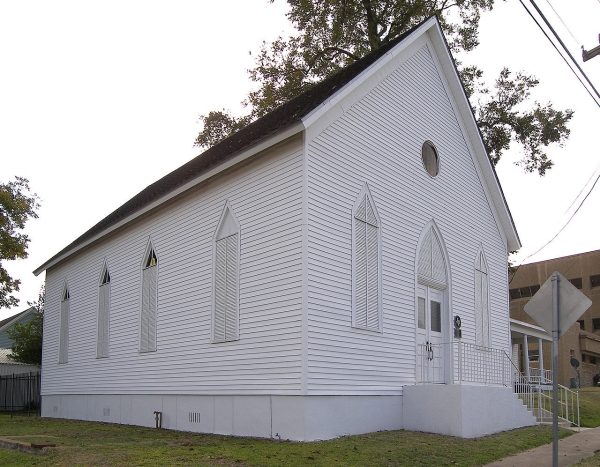 A meeting with lay and professional leaders of the institutions that share the campus revealed a commitment to partnership, to collaboration, and to a vision of greater Jewish community in harmony with the emerging vision of our movement. In short, Gary and I were energized by our time in Austin—a growing Jewish community anchored by its JCC.

But something else has stayed with me from this visit. The week before, the Austin Jewish community experienced a spate of antisemitic activity: a public school was defaced and representatives of a Florida-based, neo-Nazi organization, The Goyim Defense League, held two public demonstrations targeting Jews. This past Sunday evening, Congregation Beth Israel, a local synagogue not far from the Dell Jewish Community Campus was firebombed, causing significant damage. Thankfully, no one was hurt, and a rapid response from the local fire department contained the damage. 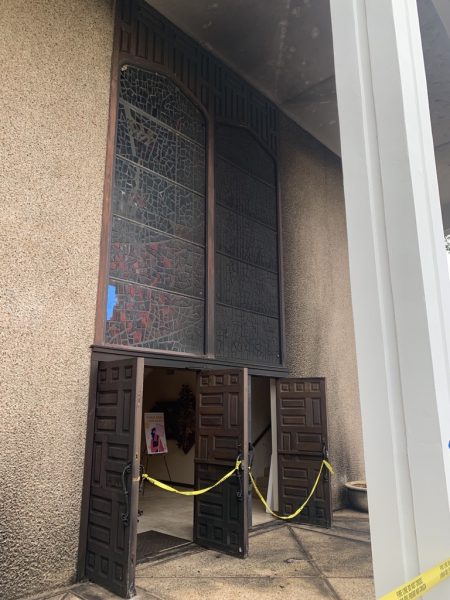 My visit began on Tuesday morning and very little had been reported about the attack. Upon hearing about it from my hosts, I suggested we drive by so I could see for myself. What I saw was chilling, and the images have stayed with me. I am left wondering why there was so little coverage in the mainstream, major media—confident that a similar attack on a mosque, a Planned Parenthood office or a Black church would have dominated the news for days. Are we growing numb to attacks against the Jewish community? Or is our community simply deemed less worthy of attention in the face of hate crimes? At a time in which society seems hyper-attentive to identity-based slights of nearly every kind, whether intended or inadvertent, a growing wave of antisemitism, increasingly aggressive and frequently violent, seems as likely to draw shrugs as it does condemnation.

There were no shrugs in Austin. The entire community came together—with peers from faith-based and ethnic backgrounds, as well as local and state officials—to roundly condemn these attacks, and they did so on the Dell Jewish Community Campus, a resounding demonstration of its place within Austin, the capital of Texas. But aside from some modest reporting in the Jewish and Israeli media, little was said, and few are even aware of what’s happened. According to the FBI’s 2019 hate crime statistics, across the United States, Jews, who are barely 2% of the population, are the target of more than 62% of all such incidents.

What’s more, my visit in Austin came just days after the third anniversary of the massacre at the Tree of Life Synagogue in Pittsburgh that claimed the lives of 11 innocent Jews at prayer. The attack on Congregation Beth Israel on Sunday evening is a chilling reminder that such incidents are not behind us. Attacks on Jews are growing in frequency and oftentimes in their ferocity. Unless they are bluntly and broadly condemned and their perpetrators met with prosecution and ostracization, we can expect more, and we must prepare ourselves for worse. Even as we look to law enforcement and our elected officials to address rising rates of antisemitism and all forms of hate in our society, the most powerful tool at our disposal is the strength and cohesiveness of the Jewish community itself and our steadfast determination to stand proudly and outspokenly together in the face of every such outrage.

I flew home proud to have spent time in the Austin Jewish community. Proud of what they’ve built and what they’re building. Proud of their resolve and of the way they’ve come together in the face of recent antisemitism. Proud—and eager to return soon.