I grew up in Oklahoma City as the son of an insurance claim representative, a Jewish educator, and two former diplomats (it’s a blended family). Growing up Jewish in Oklahoma presented its own challenges: It’s hard to get kosher food, the teachers didn’t know what it means when I’m absent on Yom Kippur, and people constantly asked about “the funny hat” on my head.

As a child, my father and step-mother, who both work for the State Department, strongly encouraged me to consider a government career. I fondly remember telling my father about a lesson I enjoyed in my 9th-grade biology class. He then proceeded to tell me about how I could turn that interesting lesson into a career with the Department of the Interior.

Simultaneously, I was growing into my Jewish identity. My step-father worked for the local Conservative synagogue, where my mother was the board president, and I enjoyed religious school classes and going to services. Even before I finished 11th grade, I knew I wanted to pursue a bachelors’ degree in Jewish studies.

After high school, I participated in the Nativ Gap Year Program in Israel, and it was during that time that I fell in love with the idea of public service. When I returned from Israel, I started my college studies at Rutgers University in New Jersey, taking as many political science and Jewish studies courses as I could.

I spent the summer after my freshman year at Ramah in the Rockies, a Jewish summer camp in Colorado. While I was there, the director scheduled a recruiting meeting for me with the dean of the rabbinical school at the Jewish Theological Seminary (JTS). I came out of that meeting knowing I wanted to be a rabbi. Over the course of the summer, I realized that the best way I could serve as both a rabbi and a public servant was to become a military chaplain. I specifically chose the Navy because I like boats.

I was accepted at JTS and began my rabbinical studies following graduation from Rutgers. My classmates and teachers have been supportive of my ambitions to serve my country. In March of my first year, I attended the JWB Jewish Chaplains Council® annual training, held at the offices of JCC Association of North America in New York City. The chaplains I met there were beyond amazing and incredibly supportive, offering advice and asking questions I did not even know to ask. It was there, surrounded by future peers, that I knew that this was the right career decision for me. 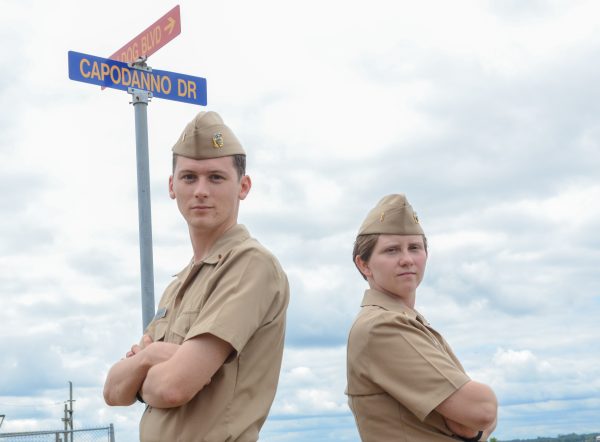 After a very long 22 months of waiting for paperwork to land on the right desks and to get my medical waivers, in January I was sworn in as an Ensign in the U.S. Navy. Next up was Officer Development School (ODS) in Newport, Rhode Island, the initial, five-week training program for naval officers, which I completed this past summer. Before heading to Newport, Stefanie, one of my JTS classmates and a fellow chaplain candidate, and I reached out to the staff at Officer Training Command Newport (OTCN) about kosher food and Shabbat accommodations.

The kashrut accommodations were simple enough: We would be allowed to purchase food at the commissary (military grocery store) to supplement the galley (cafeteria) food. However, I had no idea what to ask for in regard to the Shabbat accommodations. Rabbi Irv Elson, director of the JWB Jewish Chaplains Council® and a retired Navy chaplain, suggested that we ask about not being assigned to stand watch on Shabbat and to be allowed to take academic tests either before or after Shabbat. The OTCN staff members were eager to accommodate our needs, which really helped put me at ease. 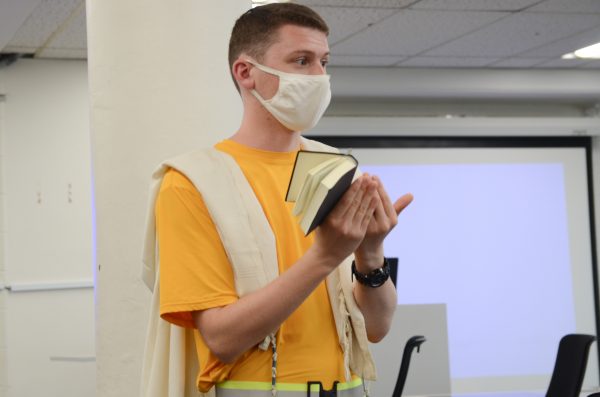 In March, though, everything was thrown off because of COVID-19. I wasn’t sure that Officer Development School would still take place, and if so, would I be in my own hotel or dorm room the whole time? As the start date approached, we learned that initially, we would be under a Restriction of Movement (ROM) order in a hotel for 14 days. We would only be allowed to go outside for exercise for an hour each day. The hardest part of that time was Shabbat. For two Shabbatot, I sat by myself in a hotel room, unable to do anything other than read.

After the entire class of 106 direct commission officers tested negative for COVID-19, we were let out of ROM, and ODS went into overdrive because we had to pack everything from the five-week program into three weeks. Stefanie and I were excited to lead a Shabbat service for our class. It was a challenge to do so wearing masks, but we made it work.

Now that I am on the path to becoming a full-fledged Navy chaplain, I am most excited to serve sailors and Marines, bringing Jewish life and experiences to those who are Jewish, facilitating religious life for those of other faiths, and supporting all who face challenges as part of their military experience. 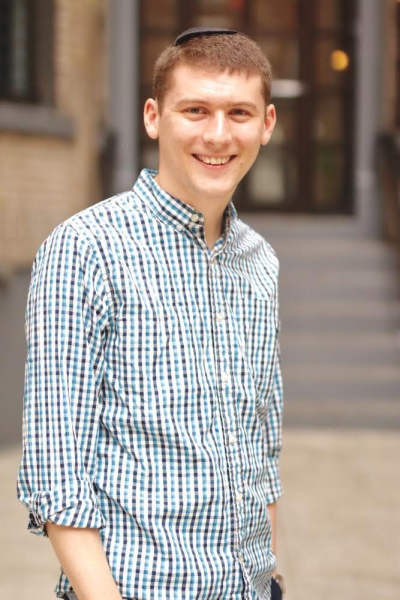 Ensign Alex Hamilton is a third-year rabbinical student at the Jewish Theological Seminary in New York, NY. Upon ordination in 2023, he expects to become an active duty chaplain in the U.S. Navy with the rank of Lieutenant Junior Grade. He will be married on September 6.