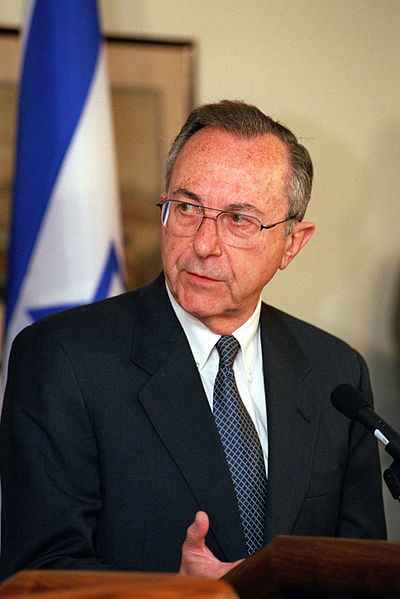 This past Tuesday, Israel and the Jewish people bade farewell to one of the last of the pioneers who shaped the modern state and restored our nation to sovereignty after nearly 2,000 years. Moshe Arens, z’l, was eulogized as a three-time minister of defense, minister of foreign affairs and Israel’s ambassador to the United States. He was remembered as having been an architect of Israel’s defense apparatus: winner of the Israel Defense Prize for his work on the design of the Kfir, Israel’s first indigenous fighter-jet project, he oversaw the reorganization of the IDF’s ground forces and the establishment of the Homefront Command.

A 14-year-old refugee from the Nazis, he fled Latvia with his family in September 1939, coming to America where he served in the U.S. Army Corps of Engineers in World War II, became a leader of Betar, the revisionist Zionist youth movement, and made aliyah to Palestine in 1948 where he fought with the underground Irgun in the War of Independence. Betar was the youth movement founded by Ze’ev Jabotinsky, among the foremost Zionist leaders of the first half of the 20th century.

Hadar was a fundamental tenet of Jabotinsky’s vision for the Jewish nation. Many Jews, for centuries residing in parts of the world where they endured cruelty and enormous duress, had been left cowering, fearful and timid. Jabotinsky believed that every Jew is royal. Shir Betar, the anthem of the youth movement he founded, and penned by him in midst of the darkest years of the early 20th century, includes the following verse:

Even in poverty a Jew is a prince
Whether slave or tramp
You have been created a prince,
Crowned with the diadem of David,
In light or in darkness
Remember the crown,
The crown of pride and Tagar (defiance)

Hadar, which has no simple direct translation into English conveys honor, respect, self-esteem, politeness. The “word” of a person with hadar is a “word of honor” and is mightier than steel. Moshe Arens was widely eulogized as a man who exemplified hadar, and of all the things for which he will be remembered, I believe that this last one would have meant more to him than all the others.

Moshe Arens was mourned this week by Israelis of every political background. He was saluted by leaders of Jewish organizations from J Street to the ZOA, by Israeli politiciansfrom left of Meretz to right of Yisrael Beiteinu, by Jews and Arabs, both Christian and Muslim, by soldiers, scholars and statesmen, by poets, journalists and Nobel laureates. His fundamental beliefs were predicated on an abiding commitment to the Jewish people and to the citizens, to all of the citizens, of Israel.

Moshe Arens, Misha to those who were closest to him, will be missed by many—most of all by those who knew and loved him, among them my mother, his little sister. May his death serve as a reminder to us all to live our lives with hadar. And may his memory be for a blessing.