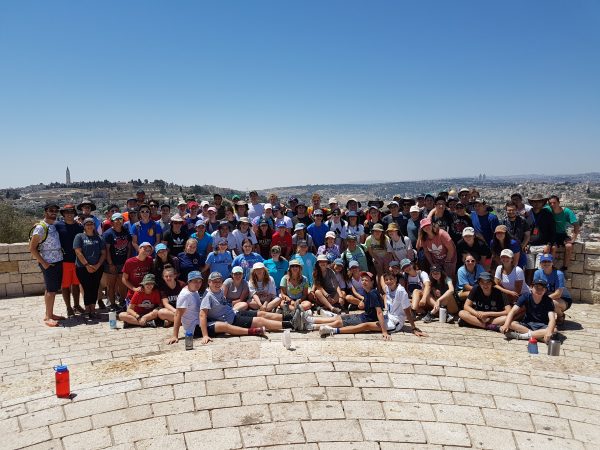 “Summertime, and the livin’ is easy“…

Israel’s steamy, sticky summer brings with it packed beaches, blue chilled water to escape to, families enjoying the breeze, while flying kites tangle in it high and above.

Kites, coming in all shapes and colors carry with them hopes and dreams, secret whispers and mysteries, all tossed by the wind. Naïve and cheerful, always optimistic, so light and fragile, tethered tenuously to the earth, while freely exploring beyond—they symbolizes so much.

But as in Israel, what is known as a toy, can be turned into an evil weapon.

Recent months have introduced the new phenomenon—Palestinians release incendiary kites and balloons over the Gaza border toward Israeli fields and villages, sometimes at a rate of several dozen each day.

These incendiary devices have sparked daily fires that have burned thousands of acres of farmland, parks, and forests. Encouraged by summer’s hot weather and desert-like winds, these flames have become a real threat carried out, not by what we call terrorists, but mostly by young kids and teenagers, rushed by terrorists to turn away from soccer fields and basketball courts to a new sport—flying weapons.

How sad it is to tell our children to stay away from any unknown kites, balloons, or drones they may find on the ground this summer. Yes, children, something you know as a toy, something to play with, can actually kill you. Stay away!

This past Friday my family and I drove toward the border of Gaza to join thousands of Israelis, families with young children, all flying hundreds of blue and white kites peacefully countering the vicious, flaming airborne devices.

It was miraculous. There we stood, in the midst of a hot Friday afternoon, hundreds of kites decorating the skies—skies too used to seeing the red of the flames and the speed of rockets, now embrace the calmness of peaceful kites. Standing side-by-side, we Israeli peace dreamers called for the violence to stop, and invited Palestinian children to return to their playfields, leaving behind wars and the battlefield’s ugliness to others.

As we were standing there, overlooking nearby Gaza, my daughter was thinking out loud—I bet children behind the boarder would love to join us here, fly beautiful kites just because it’s fun, nothing else.

This colorful fun rally was part of an ongoing campaign calling for the return of the bodies of IDF soldiers, Hadar Goldin and Oron Shaul held by Hamas since summer of 2014.

The drive back from the Gaza border was sad. We drove through blackened burned fields, knowing that this peaceful rally, along with all other efforts would not return Hadar and Oron home. It was another slap of reality.

But summer won’t give in to cruelty, and Israelis along with the hundreds of thousands tourists from across the world continue to fill our beaches from north to south, surrendering to Israel’s sun and warmth. Among them are some 150 teens, representing five JCC camps here in Israel for a full month as part of their CIT program. Pinemere, Interlaken, Wise, Livingston and EKC.

I had the pleasure to recite the blessing of Shehecheyanu with these teens this morning as they were ascending to Jerusalem after an early sunrise climb up Masada. There we were, on top of Mount Scopus, overlooking the beauty of Jerusalem, a spectacular mosaic of new and ancient, where synagogues and mosques have dared to stand together for centuries, neighbored by churches and monasteries. These holy sites accept the presence of one another, why can’t we?

It has to mean something when teens from Jewish communities take four weeks of their lives to spend a summer in Israel. They touch the ground, inhale the air, sense the atmosphere and feel connected—part of one long chain of the Jewish people.

On Friday afternoon, after washing away the heat and dust, I stood by my Shabbat candles and thought of Leah Goldin, mother of Hadar Goldin. Leah was probably whispering her weekly prayer to see her son Hadar buried in Israel, in dignity and respect. I was whispering my prayer too.