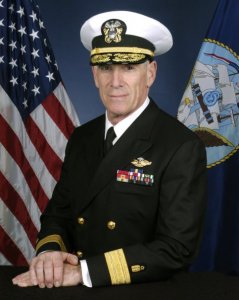 Responding to Religious Freedom in the US Military

A wounded Marine, a Catholic, endures the agony of physical therapy on his burned right hand covered in recent skin grafts. He must fully open his hand despite the pain or never regain its use. The pain has nearly defeated him when his chaplain—a rabbi—leans in and whispers,“Christ suffered far more than this on the cross for you. Hail Mary mother of God…”

The Marine joins the rabbi in reciting the rosary, while slowly, fully, opening his hand. The whole room is in tears.

The rabbi has not abandoned his faith; he has found room in his heart to know and support the Marine in his, allowing him to find strength and solace there. And the rabbi has prepared for this moment. He is clear on the distinctions between his personal spiritual needs and his responsibility to help others to fulfill theirs.

Generally, the Constitution ensures majority rule and minority rights, but on religion the First Amendment goes further. It enshrines governmental neutrality. The framers of our Constitution were only two generations removed from the turmoil of England’s religious conflicts. For them, the First Amendment was required to protect individuals against the tyranny of a majority by both preventing the establishment of a state religion and ensuring free exercise. Though the principle is clearly stated, it is not easily implemented.

Nowhere in American life is the interplay of these principles more poignant or more difficult than in our highly regimented armed forces. Our military is a social laboratory in which American ideals and values are tested. Consequently, the courts often confront the tension of free exercise versus non-establishment. In the military, everything is GI—government issue. One eats the food provided, shares assigned quarters, wears required clothes, and often attends the worship service of choice only if the military provides it. But might the military provision of those services violate the establishment clause? No! The courts have ruled that the military provision of worship and clergy through the chaplain corps is constitutional, since it is the necessary means to ensure free exercise.

Every military chaplain is ordained or licensed clergy, an authentic representative of the ordaining community’s beliefs and teachings. Simultaneously, even the most junior chaplain outranks 90 percent of military personnel, has access to all the decision-makers in the command, and often represents the commander. If chaplaincy and the chaplain exist only to ensure free exercise for all service members, what about the chaplain’s free exercise? How “free” is the chaplain to exercise his or her religion? Might the chaplain’s free exercise limit the free exercise of others? Chaplains often speak at mandated functions, including daily meetings and training events, and they even command social events. For service members, the chaplain is ever-present for months; there is no escape. The Navy’s guidance to chaplains is instructive: the chaplain must provide the rites, rituals, and instructions of the chaplains’ faith to co-religionists; must facilitate for the perceived needs for other faiths; and care for all service members—even those of no faith.

Inherently, the chaplain’s personal free exercise is limited when it impinges on others’ ability to observe their faiths, or the chaplain’s duty to care for those of no faith. This is especially true when providing non-religious (secular) moral counsel and facilitating rites and rituals anathema to the chaplain’s faith. For example, while I believe Judaism is the only expression of the one true God, I am not free to signal to Christians, Muslims, Buddhists, or those of any faith or of no faith that they are wrong. This limitation seems especially difficult for some Christian chaplains. The Gospel of Mark 16:15-16 reads,“And He said to them, “Go into all the world and preach the gospel to every creature.He who believes and is baptized will be saved; but he who does not believe will be condemned.” With this in mind can Christians enjoy the free exercise of their faith if the practice of evangelism and the hope of conversion are limited? We must never require an evangelical Christian to abandon the tenets of his or her faith in order to serve some greater good. But, in the authoritarian context of a pluralistic military, those of minority faiths often, and quite understandably, experience evangelism as coercive, especially when the evangelical witness is from a senior officer or the chaplain. Striking the right balance is an art not required of civilian clergy. A great civilian rabbi might never want to learn about other faiths, nor intone a prayer outside a synagogue. While that may not diminish him or her as a rabbi, to me it does indicate that rabbi is not called to military service.

Federal law mandates that the military must accommodate certain exceptions to policy to allow individuals to exercise their faith. Implementation is the challenge. A ship must accommodate a Muslim or Jewish sailor by ensuring the sailor has suitable pork-free rations, but it need not train a cook (culinary specialist) who can never have contact with the pork products ubiquitous in every ship’s galley. Even if the commanding officer is Jewish or Muslim, the officers’ mess need not become a pork-free zone. In the same way, an individual Marine is free to fulfill the mandate of Mark 16, but those like the chaplain who are in positions of authority cannot be equally accommodated. To do so would limit the free exercise of subordinates.

In 1790, George Washington, our newly elected president, wrote to the Jewish community of Newport, Rhode Island:

“It is now no more that toleration is spoken of as if it were the indulgence of one class of people that another enjoyed the exercise of their inherent natural rights, for, happily, the Government of the United States, which gives to bigotry no sanction, to persecution no assistance, requires only that they who live under its protection should demean themselves as good citizens in giving it on all occasions their effectual support.”

His letter has become a legendary tribute to American religious pluralism. Washington moved beyond tolerance to an acceptance born of respect and recognition of inherent mutual rights. American exceptionalism was born in the union of two principles—governmental neutrality on matters of faith, and in all other matters, majority rule limited by minority rights.

And so we return to the rabbi assisting the young Marine. Legislation, policy, and regulations can only set the stage for this. We can only create the context for ministry and the expectation that all our service members can enjoy the free exercise of their religions. Implementation requires the good will, unselfish self-confidence, empathy, and understanding of all involved.

Rabbi Harold L. Robinson, director of JWB Jewish Chaplains Council, is a retired rear admiral. This piece first appeared on Cornerstone: A Conversation on Religious Freedom and its Social Implications, a blog of Georgetown University’s  Religious Freedom Project of the Berkley Center for Religion, Peace & World Affairs.
Subscribe to Featured