Hineni | הִנֵּֽנִי | Here I Am

I have a number of touchstones this time of year, among them particular moments of the High Holiday services on Rosh Hashanah and Yom Kippur – each one filled with memories and meaning. Perhaps most poignant among them is the chazan’s (cantor’s) chanting of Hineni: “Here I am, impoverished in deeds and merit. But nevertheless, I have come before You, God, to plead on behalf of Your people Israel.” The haunting melody conveys the importance and the tenuousness of the moment – a final opportunity to express, through prayer, contrition for misdeeds in the year gone by, and a yearning for God’s blessings in the year ahead. Hineni | “Here I am.”

The word “Hineni” appears several times in the Torah. When God called to Abraham to leave the land of his fathers, Abraham responded, “Hineni.” When Moses, in the mountains of Sinai, came upon a burning bush that was not consumed, God called to him and he replied, “Hineni.” Throughout the Torah and across history, time and again, when confronted with unknowns, great risks, and enormous responsibilities, it has been the most transcendent of replies: Hineni | “I am here; I am ready.”

Just days before Rosh Hashanah, circumstances found me thinking about others who have responded in this way.

Last night I was at the Mandell JCC of Greater Hartford in Connecticut, where a remastered version of “The Rescuers” premiered before a sold-out crowd in the JCC’s packed theater. The 2011 documentary, from Emmy Award-winning filmmaker Michael King and executive producer Joyce D. Mandell, tells the story of 13 unknown international diplomats who – at great risk to their careers, their livelihoods, and their lives – courageously saved tens of thousands of Jews from the depths of the Holocaust. (The Mandell JCC is named in honor of the family of Mandell, a past president and chairman of the board of the agency.) 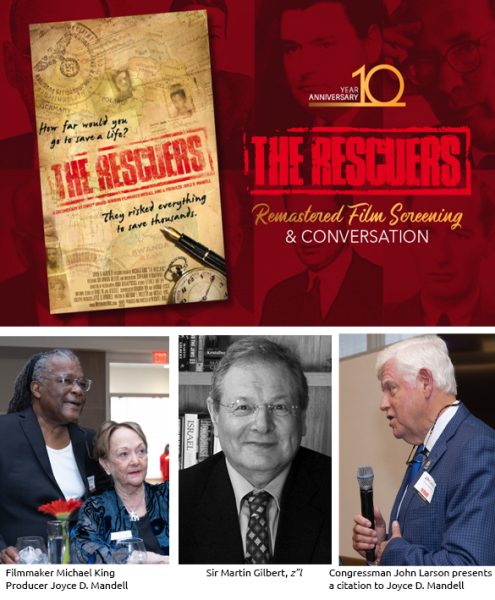 Selahattin Ülkümen, the Turkish consul on the Greek island of Rhodes, used his position to provide documents that saved Jews from the Nazis, ensuring the survival of new generations of children, grandchildren, and great-grandchildren. His wife was killed in a German reprisal attack on the consulate.

Chiune Sugihara, the Japanese Imperial consul in Kaunas, Lithuania, ignored specific instructions of his government and issued transit visas that allowed Polish Jews who had fled to Lithuania to travel across Russia and Siberia to Japan. His actions saved as many as 3,000 Jews, but rather than honoring him, the Japanese government dismissed him from the foreign office, forcing Sugihara to sacrifice his pension and his career.

In the face of German onslaught and in defiance of the directives of their governments, they, and perhaps two dozen others like them, when confronted with the chance to save innocent lives, responded with “Hineni.”

Here and now, others have been responding to the horrors of war as refugees fleeing Ukraine in search of safety and shelter arrive on our shores. Untold thousands of broken families – mostly mothers with young children, having left husbands and fathers behind, – are coming to Russian- and Ukrainian-speaking communities in New York, Philadelphia, and elsewhere – seeking shelter, a nurturing place for their children, and a chance to work. Government commitments and a network of federal, state, and local bureaucracies provide important and meaningful support, but they are laden with confusion and delay. In the meanwhile, real people have immediate needs.

Several JCCs in Brooklyn have offered extraordinary responses. With help from the Edith and Carl Marks Jewish Community House of Bensonhurst, the Shorefront YM-YWHA, and the Kings Bay Y, more than 3,000 families have been embraced in these communities and provided services to ease their way, including fully funded access to childcare, day camp, and vocational and English language classes and programs. With support from UJA-Federation of New York and other allies, these JCCs have overhauled programs and plans to create needed capacity. Alex Budnitsky, the remarkable CEO of JCH Bensonhurst, told me that every day 10 more refugee families request help from his JCC. Two and a half years into community-building work contextualized by the pandemic and with no shortage of challenges having nothing to do with the war in Ukraine, these JCCs and others like them have  responded: “Hineni.”

In one of North America’s great Jewish communities, UJA-Federation of Toronto launched an extraordinary campaign – a call to raise $300 million to create a network of world-class Jewish Community Centers. It wasn’t a crisis of the present that inspired such an extraordinary undertaking, but rather the recognition of a looming crisis not far down the road, as participation across many of the community’s institutions and organization is in the throes of steady decline. The campaign reflected an ambitious agenda, unrivaled in scope across the long history of the JCC Movement, and some called it a fantasy, a pipedream, with no hope of being realized. 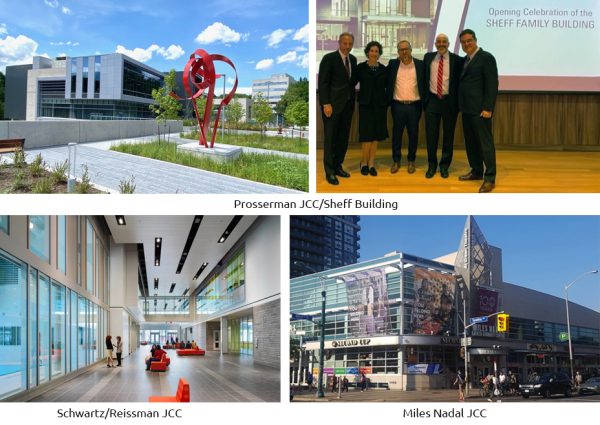 On Tuesday evening, David Wax, JCC Association’s board chair, and I participated in celebrating the extraordinary donors to this completed campaign. Though many had little or no personal history or experience with JCCs, when community leaders, determined to reverse the course of declining engagement, called on them to act, they, too, responded: “Hineni.” Standing in the theater of the Prosserman JCC, the newest of the JCCs envisioned when the campaign was launched, those who made it a reality saluted not themselves but the future that their commitment, generosity, and vision has made possible.

Following last night’s screening of “The Rescuers,” a panel of experts – a social psychologist, a theologian, a historian, and a survivor whose family was saved by Chiune Sugihara – discussed the essential human characteristics present in those who perform extraordinary acts of heroism in the face of unknown peril. It is hard to say that any concrete conclusions were reached. Rather, in each instance, an individual or individuals, impoverished in deeds and merit before God, simply responded, “Hineni.”