Last night I attended the Opening Ceremonies of the 21st Maccabiah—the Jewish People’s Olympic Games. Thirty-thousand people filled Teddy Stadium in Jerusalem, among them more than 10,000 athletes, coaches, and staff from 60 countries, making this the largest Maccabiah in its 90-year history. It was an evening of firsts. The first Maccabiah since the onset of COVID-19. The first in which I had the privilege to take part—proudly representing the JCCs of North America. Perhaps most extraordinary of all, it was the first Maccabiah attended by the president of the United States of America.

Maccabi sports clubs and the Maccabi Movement came from humble but noteworthy beginnings. The late 19th and early 20th centuries found growing numbers of Jews across an increasingly antisemitic world eager to be acknowledged as part of a proud people, worthy of inclusion in athletic programs and competitions. Refused access, they found it necessary to create their own, and so, gradually, local sports programs named for Judah Maccabi, hero of the Hanukkah story, were established in communities across the globe. Similarly denied an invitation to take part in the Olympic Games, the Jewish people created the first Maccabiah—with 390 athletes from 13 countries—in Palestine in 1932. A second, larger set of Games drew 1,250 athletes from 28 counties three years later. 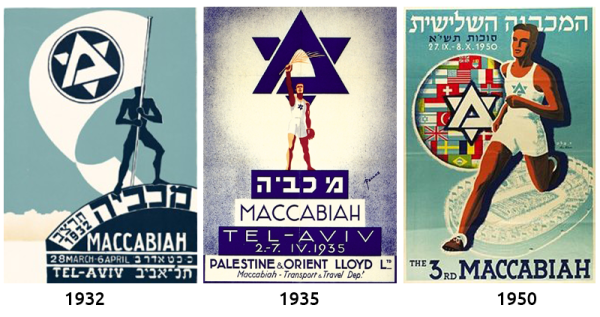 The rising tide of Nazism and increasing tensions surrounding the British Mandate in Palestine interrupted this growing momentum and by the time the third Maccabiah opened, it was 1950 and the modern State of Israel had already been born, just two years earlier. Israel sent its first delegation to the Olympic Games in 1952; it has taken part in every summer Olympic Games since, except when it joined other countries in the U.S.-led boycott of the 1980 Games in Moscow—and has been represented at every winter Olympic Games since 1994. All the while, the Maccabiah has continued to grow and evolve into one of the world’s largest international sporting events.

This year’s Maccabiah athletes include current and former members of Olympic teams from across the globe, among them dozens of Olympic medalists, world champions, and world recordholders*.

It is impossible to adequately impart the power of the parade of nations as delegation after delegation marched into the stadium to the roar of the crowd—flags flying amidst the flashing cameras held aloft by both participants and fans, recording every magical moment. As teams from six continents traversed the stage, making their way to designated sections colorfully brought to life by uniforms and banners, a cacophony of voices in an array of languages strained to be heard above the din.

The last to enter was the host delegation from Israel—everybody’s home team. Once they had found their seats, the torch was lit, the flags were raised, and 30,000 people joined in unison for the singing of “Hatikvah,” my own small voice catching more than once as goosebumps rose on my arms. 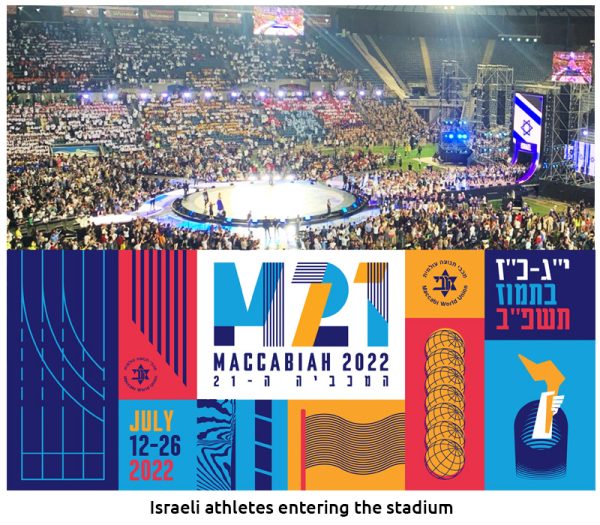 The JCC Movement proudly partners with Maccabi World Union, the organizer of the Maccabiah. We have worked together for four decades on the JCC Maccabi Games® here in North America, so I had a place of honor in the crowd, not far from Israel’s political and cultural elite. Government ministers, supreme court justices, ambassadors, business leaders, and honored guests from around the world watched together in rapt attention as just below us, Israel’s Prime Minister Yair Lapid, President Isaac Herzog, and President Joe Biden greeted the assembled crowd, a scene and an experience I will never forget.

Barely a century ago, Jews—unwelcome in competitive athletics the world over—created their own sports clubs, their own leagues, and their own Olympics. Today, the Maccabiah is much more than an international athletic competition. It is a symbol of Jewish pride, a celebration of who we are as a people—an interconnected network of Jewish communities throughout the world, bound together through the miracle of the modern State of Israel. It is the fulfillment of the Zionist dream in which the Maccabi Movement continues to play a remarkable part—rooted in the strength and heroism of the Maccabees. And now, saluted by the leader of the free world.