God said to Abram, “Go forth from your native land and from your father’s house to the land that I will show you.”
—Genesis 12:1 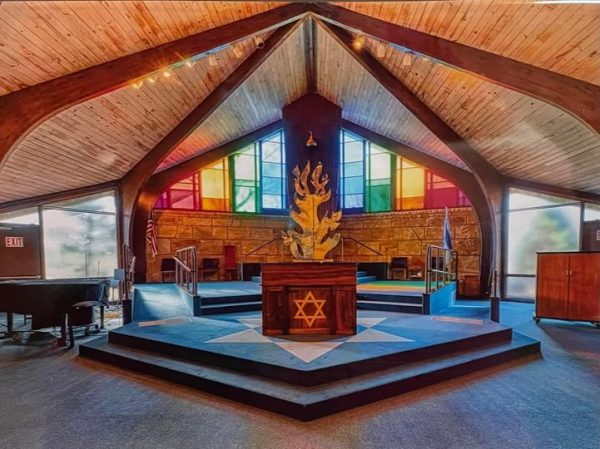 My parents joined Temple Emanu-El in Edison, New Jersey, in 1972. Our family had recently moved back to the Garden State from Maryland, and for a variety of reasons, we landed at this congregation—which was not the closest Reform synagogue to our home (but that’s a story for another time).

For 50 years, 100 James Street was our Jewish home—the place my sister and I attended religious school and celebrated consecrations, b’not mitzvah, and confirmations. Surrounded by friends in “our pew” and the ones nearby, the building was where we absorbed the haunting melody of Kol Nidrei, lit yellow memorial candles on Yom HaShoah, sang in the junior choir, paraded with paper flags on Simchat Torah, received blessings at the open ark, and caught up during oneg Shabbats. 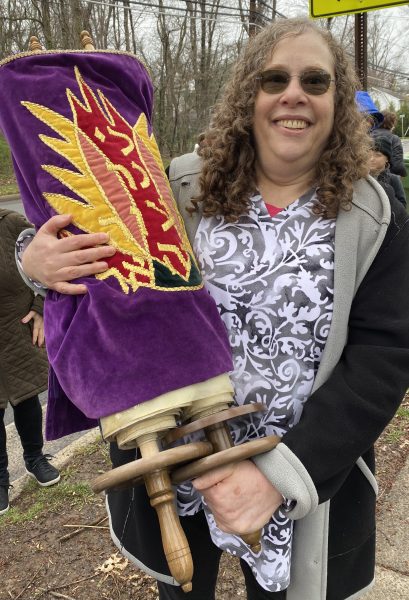 It was the place where we studied Torah, redeemed paper tickets for Purim prizes, took in our first images of the Holocaust, practiced Israeli dancing, ate latkes and sufganiyot, watched thought-provoking films, baked challot, heard from speakers and scholars, searched for the afikomen, and bid final goodbyes to beloved friends and, nearly 12 years ago, to our own “The Mums,” a past president of the congregation.

Early on, the temple’s social hall was where I first came face to face with gay men (a decade before the AIDS crisis), cross-dressers (when they still were called transvestites), and the realities of the underground abortion network in the days before Roe v. Wade. All these experiences and exposures and so many others taught us the how’s and whys of our responsibilities as Reform Jews.

Recently the congregation, where my Dad remains a member, sold the building to the hospital across the street. Although each of us feels pain in different ways, the announcement of the sale made my heart heavy. In fact, it was those exact words—“My heart is heavy”—that I wrote and posted on Facebook along with a photograph of the sanctuary, its stained-glass windows arrayed like a rainbow.

Friends and congregants chattered on in the comments about how it’s the people who make a community, and how we are all “moving forward together,” none of which diminished my heartache. I was especially grateful, then, when a wise friend wrote this: “The people who are present-tense part and parcel of [Temple Emanu-El] will move on with the congregation’s flow to a new physical base. Jane [and others who grew up there] will not have that opportunity,….[s]o just be a friend.” Even though I visit my Dad regularly, since the pandemic began, we haven’t been to the temple in person, and there’s no getting around the fact that the ache from the absence of this Jewish space—even as a new one is created—won’t fade anytime soon. 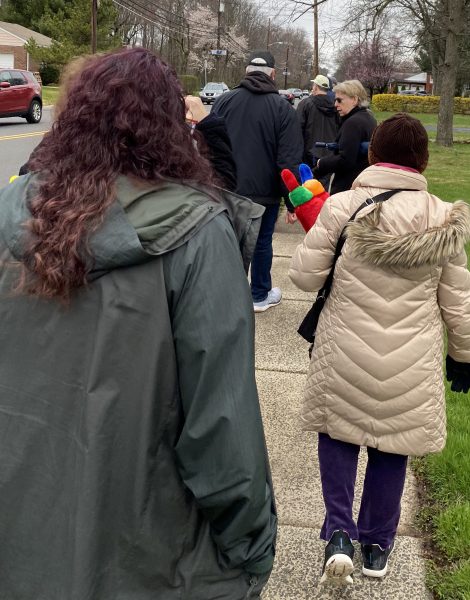 And so it was that on an early April Sunday afternoon, I joined the congregation’s members as, with a multi-car police escort, we set off from 100 James Street and took turns lovingly carrying the community’s five Torah scrolls the 1.6 miles to their new home on the campus of the JCC of Middlesex County, where the synagogue will construct a new building in the coming years.

Integral to life in Jewish communities, JCCs have always opened their facilities—and even more so during the pandemic—to synagogues, schools, program partners, and other communal organizations. These collaborations strengthen the Jewish community and offer experiences of greater breadth and depth than any one entity can provide alone. Indeed, by virtue of its new location, Temple Emanu-El also will play a part in the JCC Movement’s endeavors to create greater Jewish community, more vibrant Jewish life, and, over time, intentional and measurable Jewish outcomes.

Upon reaching the JCC, CEO Adam Glinn welcomed us “with open arms and open hearts,” and our own Rabbi Axe told us, “We can create sacred space wherever we are.” A bevy of local politicians, some of whom had walked with us, also spoke, as did Father Ed Zelley, rector of St. Luke’s Episcopal Church in Metuchen and a longtime friend of Temple Emanu-El and its clergy.

A tekiah gedolah shofar blast capped off the transition, and, in its own small way, it was a salve on my soul. The building at 100 James Street will always hold a special place in my heart, and I look forward to attending services with my Dad at 1775 Oak Tree Road. In the meantime, the words I wrote nearly five years ago, when he downsized and sold the home we had lived in for decades, are equally fitting now:

Although we’re leaving behind a home of [many] years, the memories of good times spent there with countless family members and friends will remain with us always. In the years to come, we look forward to lots more laughter and celebrating and to making great new memories [in Temple Emanu-El’s new home].

Jane E. Herman is the senior writer at JCC Association of North America. Email her at [email protected].