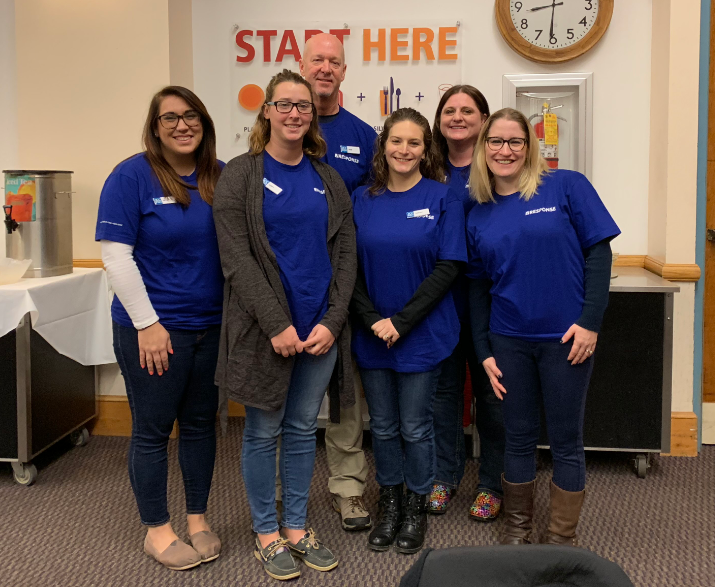 JCC Association’s Ellen Gettinger, professional development coordinator, offers a firsthand account of what it’s like to be on the ground in Pittsburgh with JResponse, as JCC staff help another J—and Jewish community—recover from tragedy.

I grew up in Pittsburgh and it’s difficult to put into words how it felt to be there to help, both as a Pittsburgher and as a representative of JCC Association. At a minimum, it was a great honor.

I arrived at the JCC a little before 8 a.m. and met Alexis Mancuso and some of the other JCC of Greater Pittsburgh staff. We schmoozed about being from Pittsburgh and they told me some of their stories about the day of the shooting. Then the volunteers arrived from the JCC of Youngstown, Ohio. They were given breakfast and T-shirts and a quick orientation. Alexis thanked them for their time and began by explaining how close-knit the Pittsburgh Jewish community is. She told them about how on the day of the shooting the J was the place that all the families came to as they waited to hear if their loved ones were hurt or worse. On that day, Alexis broke into the J Cafe kitchen and started making food for everyone, even though she knew the rabbi wouldn’t be pleased because as she said, that’s what Jews do when we go through tragedy, we feed each other.

We then got a tour of the J and the volunteers were given assignments. It seemed just as busy as any normal day, and the JCC participants would glow every time they met one of the volunteers. The staff and participants kept thanking all of us, saying how big of a help it was, and how nice we were for coming. The J was overflowing with baked goods, gifts, and cards. While I was sitting in a conference room cutting ribbons, a kind member of a local church brought over a basket brimming with whoopie pies (they were very good). There was also a box of cards with pictures and words of kindness sent from the West Alleghany Middle School sitting in the membership office. It was heartwarming to see how the community of Pittsburgh has come together to support each other even more than I remember from when I lived there.

The tasks the volunteers took on may have seemed mundane; stuffing bags for a meeting, sitting on lifeguard duty, answering the main phone line, but the staff kept thanking us and repeating how much it meant for some to get some much needed time off. I got to make rounds, talk to the volunteers and other JCC staff, and of course, I ran into some old family friends I haven’t seen in years. It was a great experience. It wasn’t what you imagine a JResponse to be, but it is clearly so necessary for the community.