NEW YORK –San Diego philanthropist Gary Jacobs will assume the chairmanship of JCC Association of North America’s board of directors in May. 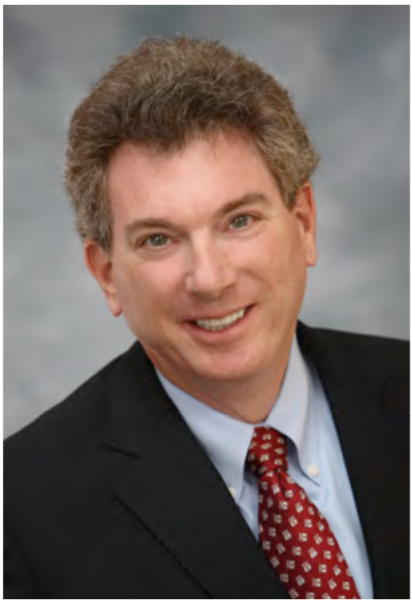 Jacobs, who has focused almost exclusively on philanthropy since 2000, has served on JCC Association’s board since 2002. He will become chairman in May at the JCCs of North America Biennial, which will be held in Memphis next year. He has a long history in the JCC Movement, having first become involved with the San Diego JCC—now known as the Lawrence Family JCC of San Diego at the Jacobs Family Campus—when his son began preschool there, and he served as assistant editor of the preschool’s newsletter, eventually becoming president of that JCC’s board of directors.

“JCCs play a critical role in Jewish communities today as welcoming places that bring a diversity of people and voices together,” said Jacobs. “It is truly an honor to be able to be part of JCC Association’s mission supporting JCCs and steering the JCC Movement in what is a major moment in the movement’s history. Together, JCCs and JCC Association are embarking on the JCC Movement’s second century, and with new leadership at the helm, we are poised to impact even more people and more communities than we ever have before.”

Earlier this year, Doron Krakow, formerly of American Associates of Ben Gurion of the Negev, was brought on board as president and CEO of JCC Association of North America. Founded in 1917 as the Jewish Welfare Board, initially to support the needs of Jewish men heading into military service during World War I, the organization proved so effective that after the war, it stayed together, shifting focus to Jewish Community Centers as vehicles to advance North American Jewish life.

Jacobs is a past president of the United Jewish Federation of San Diego County and Congregation Beth El in La Jolla, Calif. Along with his wife, Jerri-Ann, he founded the Jacobs International Teen Leadership Institute, to create a program dedicated to the education and leadership development of young Jews and Muslims together for a year-long course of study. They also founded the Gary and Jerri-Ann Jacobs High Tech High Charter School with a goal of better preparing students to meet the challenges of fast-paced and ever changing technologically-focused work environments.

Jacobs succeeds Stephen P. Seiden, who has served as board chair since 2014.

“Gary Jacobs exemplifies the kind of leadership to which great organizations aspire,” said Doron Krakow, president and CEO of JCC Association of North America. “He is a hands-on leader, a tireless devotee of Jewish peoplehood and the state of Israel, and a visionary philanthropist and role model.

“On behalf of JCC Association staff, we thank Gary for taking on this important role, and we thank his predecessor, Stephen P. Seiden, for his commitment and service to the movement.”

After earning a bachelor’s degree in management science from the University of California in San Diego in 1979, Gary Jacobs went to work for Linkabit and then Qualcomm, moving from programmer to software engineer, then becoming senior educational specialist working with schools to improve their math and science programs.

Jacobs founded Jacobs Investment Company LLC in 1997. It has more than $100 million in investments in the United States, Israel and around the world. He is also the owner of the Class A San Diego Padres affiliate, the Lake Elsinore Storm.

Gary and Jerri-Ann Jacobs have four children and live in Del Mar, Calif.

ABOUT JCC ASSOCIATION OF NORTH AMERICA: