Safra and Saifa– The Book and the Sword

This past Shabbat two Israeli icons left this world leaving behind their legacy, devotion and spirit to guide us through times ahead.

As the sun set, and candles across the country burned with Shabbat’s holiness, their brightness carried Amos Oz’s soul through its final journey. The State of Israel and the Jewish world missed a heartbeat, when the beloved author took his last breath.

Oz, an Israeli writer, novelist, journalist, and intellectual was known as the country’s most accomplished writer—with 33 published books translated into 45 languages. Oz was a recipient of numerous honors and awards, among them the Legion of Honor of France, the Goethe Prize, the Peace Prize of the German Book Trade, the Prince of Asturias Award in Literature, the Heinrich Heine Prize, and the Israel Prize.

I loved how this wizard of Oz played his magic with words. I loved his profound understanding of the human soul and his sensitive craving of life’s complexities and mysteries.

Amos Oz and I were born in the same Jerusalem neighborhood, just a few blocks from one another. Although decades apart in age, we inhaled the same Jerusalem air—a unique blend of the old and new, the spiritual and mundane. We both adored the poet Zelda—Oz’s first and beloved teacher and my great aunt. Above all, I loved Oz’s Israeli-ness. He was the ultimate sabra (native) in the way he looked, rebelled and spoke.

He was the product of Jerusalem’s sorcery, kibbutz ruggedness, military inurement and the dessert’s serenity. 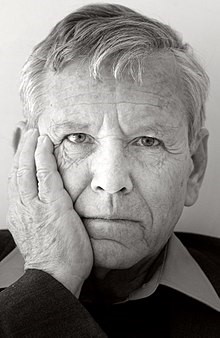 “I wrote a novel about Israelis who live their own lives on the slope of a volcano. Near a volcano one still falls in love, one still gets jealous, one still wants a promotion, one still gossips.” –Amos Oz

A vocal activist, associated with the Israeli peace camp and one of the founders of the Peace Now movement, Amos Oz forever will be remembered as a man of the book.

Shortly after Oz’s death, weeping angles, wrapped their wings around the beloved, and holy in so many ways spirit of Tzvika (Zvi) Levy, known as “the father of lone soldiers.”

Levy, as was Oz, was an Israel Prize laureate.  A renowned social activist, he spent his last years suffering from a muscular disease, surrounded by thousands of Israeli soldiers, calling him abba, father.

Levy founded the Lone Soldiers organization in 1997, which supports some 3,500 incredible young people annually who leave their homes and families abroad, to volunteer for Israeli army service. The organization also serves more than 1,500 Israeli soldiers who come from disadvantaged backgrounds.

I had the great fortune to meet Col. Levy as part of my work with JCC Association a few years ago. I joined a group of teens with special needs from Florida touring the country as part of a unique program for people of the Michael-Ann Russell JCC in Miami for people with disabilities. The trip took these beautiful teens to one of the Israeli army’s most prestigious bases, the Oketz dog unit base. Col. Levy greeted us in person, shaking the hand of each of the teens, welcoming them to the army and inviting them to wear uniforms and be an Israeli soldier for an hour.

Levy then gave me the book, Lone Soldiers, Israel’s Defenders from Around the World, a tribute to lone soldiers who have paid the ultimate price giving their lives in defense of the State of Israel. This sacred book, along with Levy’s smile and faithfulness will forever illuminate my office and remind me of how great the human spirit can be. 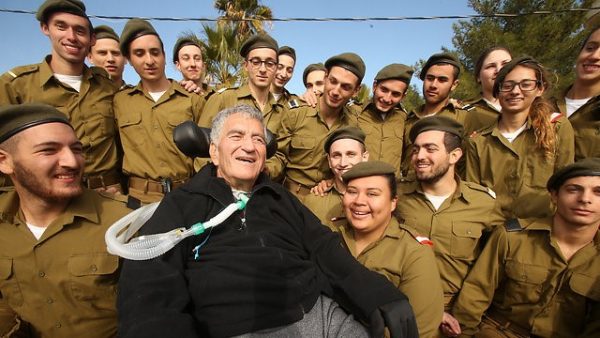 “When you get to the base tomorrow for basic training, one of the first things they (army commanders) will do is to have you run 2,000 meters. It’s a personal test, not to see how fast you run but what you do when somebody falls.” –Tzvika Levy.

Between Oz’s books and Levy’s sword, this past Shabbat reminded us of Israel at its best, whispering the everlasting story of our beloved homeland, known for its culture, arts, literature and humanities. We are the People of the Book, but reality has forced us repeatedly to hold onto our swords and to defend ourselves. Levy purified his sword, shaped it in his form, stamped it with care, compassion and a true sense of peoplehood—Jewish peoplehood.

Oz’s genius was a gift to tell our story. Levy’s was compassion to embrace those who chose to share in it. These are beautiful images of who we are, what we should aspire to and can be, and how the entire Jewish world is a part of them.

May Amos Oz and Tzvika Levy be forever cherished in our hearts and remembered for their contributions by many great followers carrying on their legacy.

Wishing us all a wonderful, peaceful and blessed 2019.