When I was an overnight camp director, I lived my life in weeks. Sometimes they were announced in a public countdown followed, of course, by the obligatory exclamation point:

As summer approached, weeks remained the guideposts of my internal checklist—in addition to the physical one on my trusty clipboard—a counting and an accounting, with which every camp director can identify. They instinctively signaled me about the 10,000 things I needed to know or do and led me in a familiar ebb and flow throughout the season: the excitement of staff orientation week; the accomplishment of the last week of first session; week 8, when the fatigue hits; leading, finally and gloriously, to the last week of the summer.

Time at camp is a funny thing; the hours and days are so full that each day feels like a week, each week a month. Despite that phenomenon, the annual cycle of camp professionals is the steady metric of weeks spent planning for, creating, and living in a beloved community filled with traditions and rituals uniquely its own. Current technology, accelerated by the pandemic, means most camp communities can have a virtual home and ways of connecting throughout the year. The real community, however, only truly and wondrously “lives” for about 10 weeks a year; camp is a kind of “Brigadoon,” appearing every June as members of the community begin to gather and fading away come the end of August as they disperse. It takes a year’s worth of weeks to prepare for those few short ones spent together. A few short weeks to build a sense of belonging, to celebrate Shabbat, to sing Hebrew songs. A few short weeks to make magic. It’s a good thing the days at camp feel so long; there’s a lot to be done. All in a few short weeks.

The Jewish holiday of Shavuot is named for the Hebrew word for “weeks,” which, in turn, comes from sheva, the number seven: Seven days in a week, shavua; more than one week, shavuot. Shavuot in biblical times was an agricultural holiday, celebrating the first barley harvest and known, appropriately, as Chag HaKatzir, Festival of the Harvest, and Yom HaBikkurim, Day of the First Fruits, and occurs seven weeks after planting, a period in Jewish time known as the omer (a measure of barley) and in which each day is physically counted. Later, the holiday came to be called Z’man Matan Torateinu, the Season of the Giving of the Torah.

Shavuot, along with Sukkot and Passover, is one of three pilgrimage holidays on the Jewish calendar. In ancient times, the Israelites brought the first fruits of the season to the Temple in Jerusalem on these festivals. As Blu Greenberg writes, these were “our most intimate communal moments.” We gathered as one people, at the designated time and place, to celebrate and “to share our common experience of planting, harvesting, and giving thanks…”

Shavuot brings us to the end of the spring holiday season, through the annual cycle of major festivals, and to the edge of summer. As it approaches, camp communities make their own “pilgrimages” to cherished mountains, lakes, and forests for immersive, communal experiences in Jewish living. Throughout the summer, campers and staff will gather in dining rooms and around campfires, making memories and “camp friends” that will last a lifetime. JCC campers, in all their diversity, will spend the summer in pluralistic Jewish environments whose hallmarks include open hearts and open tents. They will know the joy of being accepted for who they are as individuals and as part of an extended camp family whose lineage stretches from generation to generation, reinforcing the joy and pride that comes from being part of a special community.

For more than 100 years, JCC camps have sown and harvested the “first fruits” of the North American Jewish community. By building campers’ positive Jewish identity and connection to Israel, our camps continue to make a tremendous impact on Jewish continuity and the future of our communal life.

Soon, staff members at all our JCC camps, overnight and day, will begin to plant the seeds of the next generation. And for that, we can all give thanks.

Chag Shavuot Sameach and a happy and healthy camp season to all! 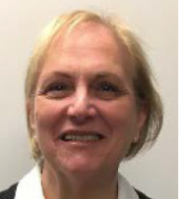 Dr. Andi Meiseles is the director of special projects at JCC Association of North America.