At exactly 10:30 pm Israel time last night, our troops entered the Gaza Strip and marked the beginning of the ground operation. Israeli residents living near the Gaza border have been instructed to stay at bomb shelters throughout the night.

In the lead up to this escalation, Israel had agreed to not one, but two cease-fires — one proposed by Egypt, the other by the UN. After Hamas rejected them both, continuing instead to fire rockets at civilian targets in Israel; and after Israel’s constant warnings, Israel had no alternative but to move to the next step to defend its citizens. This followed on the heels of the worst missile barrage yesterday. Hamas fired more than 100 rockets in a few hours across all parts of our country.

Earlier today Prime Minister Netanyahu said that the Israel Defense Force (IDF) had been instructed to deliver a blow to Hamas’ tunnel network, which it could not do “only from the air.” This was after exhausting all other options; Netanyahu added that “there is no army as moral as the IDF, and does not strive to harm any innocents, not even one; and in light of that Israel chose to begin the operation only after exhausting all other options, understanding the without expanding the operation, the price we will pay will be higher.”
At the moment our ground forces focus their attacks on terror tunnels spanning from Gaza into Israel. These tunnels are just like the one used yesterday by 13 terrorists who were caught on their way to carrying out a major terror attack on one of Israel’s southern communities.
This operation is not even a day old and unfortunately, what we all feared would happen, has occurred. Shortly after the ground operation began, Eitan Barak, a 20-year-old soldier was killed in battle. Barak’s funeral will take place on Sunday afternoon. May his memory be for a blessing.

Last night, as soon as the ground operation began, the Egyptian foreign minister strongly criticized Hamas, saying the organization could have saved dozens of lives if its leadership had agreed to the Egyptian cease-fire proposal. His concern, in particular, was for the innocent children who have been killed during this operation. A child’s life, any child, is sacred. Children deserve to live in safe, loving and nurturing environments. It is so unfortunate that children pay the price for terror, cruelty and are cynically used as human shields and as propaganda tools. I hope that the children of Gaza will be able to live their dreams and to grow up in respectful, human conditions. I have no quarrel with them or their people. They are not my enemies, they are victims of a harsh reality, and so are our children, who spend their days in bomb shelters, as Hamas continues its incessant rocket fire, aiming missiles at Israeli citizens.

Israel is hurting today and with us the entire Jewish world. We feel your sincere solidarity, embrace and appreciate it.In the past few days I have received many requests from my JCC colleagues, asking what can they do and how they can contribute. I have asked around and have learned that games that can keep kids busy at bomb shelters would be much appreciated.

Our troops do not need supplies sent to them. The government provides for our soldiers, and beyond that, Israeli citizens and companies are flooding troops with food, personal items and other indulgences. What I think soldiers would really appreciate and find meaningful is letters. Words of support and encouragement from across the Jewish world would warm our troops’ hearts and encourage them. Feel free to contact me directly and I’ll assist in the logistical arrangements.

Shabbat is nearly upon us and lighting the candle is a moment I wait for all week. It is my moment of intimacy with my prayers. It is five weeks now since Gil-ad, Naftali and Eyal were kidnapped. For five weeks the state of Israel is hurting; five weeks we are all glued to the news 24/7. It has been 11 days that millions of Israelis have lived under threat, with nearly 1,500 rockets fired and directed at them.

It is five weeks now and yet no other place around the globe — as peaceful and as tempting as can be — looks appealing to me. More than ever, my connection to my land, my home, with my fellow Israelis and with the Jewish communities overseas has never been stronger.

Please join me with prayers for the safety return of our soldiers, among them many immediate members of my family. 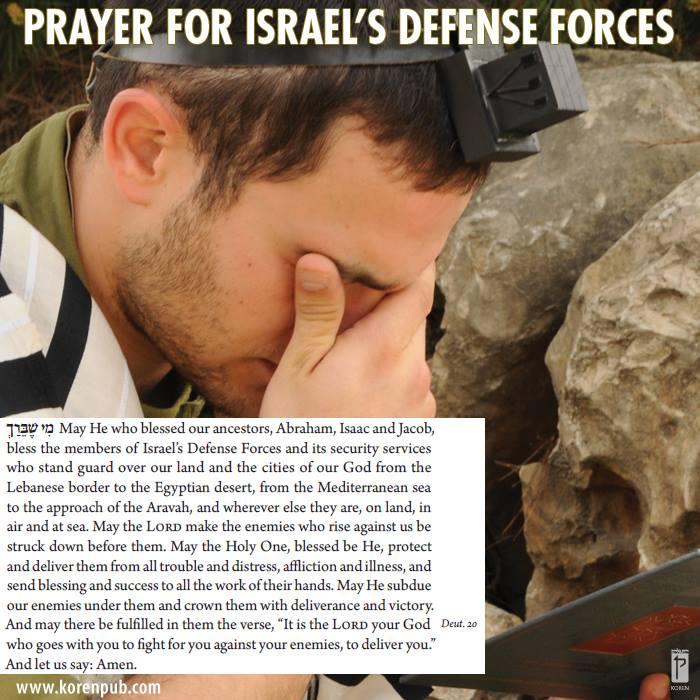 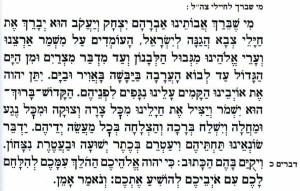