The Heroes that Walk Among Us

When I was stationed at the United States Naval Academy several years ago, getting a haircut at the Academy’s barbershop was one of my favorite things to do. And Freddie, a short, unassuming older gentleman, was my favorite barber. He was always quick with a joke, a smile and a fast “regulation” haircut. I always looked forward to my few minutes in the chair. As it turns out, Freddie wasn’t only my favorite barber—he was the favorite barber of all the midshipmen. So, when it came time for Freddie to retire, one of the “mids” did some research on him to prepare for a surprise retirement party. It turns out Freddie was a true American hero! This short, unassuming gentleman had, like so many of the Greatest Generation, enlisted in the Army during World War II. He landed on the shores of Utah Beach in Normandy, France on June 6, 1944, and was wounded a few days later, but not before he had saved his entire platoon by destroying a machine gun emplacement. For his bravery, Freddie was awarded our nation’s second-highest honor, the Silver Star, along with two Purple Hearts.

Much like Freddie, there are many heroes walking among us, unassuming barbers, plumbers, doctors, doormen, who may not have stormed the beaches of Normandy, but who have served the causes of freedom and democracy in Korea, Vietnam, Iraq, Kuwait, and Afghanistan here in the United States and Canada, proudly wearing the uniform of our armed forces. It is they whom we honor on Veterans Day.

But this day is also a day when we recognize and thank those who care for our veterans. They are heroes, as well. We owe a special debt of gratitude to our JWB Department of Veterans Affairs chaplains who provide loving care at VA hospitals and clinics around the country. Our VA chaplains, rabbis of all denominations, hear the stories, hold the hands and provide the warmth of our tradition to our country’s veterans. They, as much as our military rabbis, represent our American Jewish community and make us proud.

On this Veterans Day, staff members in our JCC Association of North America offices in New York will wear T-shirts bearing the words “Serving Jews Who Served♥️” as we proudly watch the New York Veterans Day parade. It will be a small recognition that as North American Jews, we live under the freedoms granted to us by the U.S. Constitution (and Canadian Charter of Rights) but preserved by men and women of all faiths who have served and continue to serve our country. To them, their caregivers, and all who have served, we say, “thank you!” 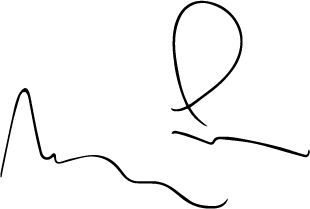