Conceptually, most people know that Jews serve in the American armed forces. And yet, to meet or know a Jewish service member first-hand, active or veteran, often leads to surprise: “Really, a Jewish soldier?”

For a people who have led and excelled in professions ranging from the arts to sciences and from academia to politics, a Jewish service member should not come as a surprise. We are a people dedicated to service—and military service is no exception.

In the United States, Jews have served honorably in the military since colonial times. We fought and died for American independence in the Revolutionary War. We fought on both sides of the Civil War, and among the troops were nine Jewish generals. Among the estimated quarter-million American Jewish service members who fought with U.S. forces in World War I was 19-year-old William Shemin, who sprinted across no-man’s land in France three times (!) to drag wounded soldiers to safety. Recognizing many of his unit’s leaders were dead or wounded, he next took command of the remaining unit and led them until wounded himself.

Over half a million Jews served in World War II; for perspective, the Jewish population in the United States at the time was around 4.7 million, and just over 16 million Americans served in World War II. Another 150,000 Jewish service members served in Korea, and 30,000 more served in Vietnam. More recently, thousands of Jews served in Operations Iraqi Freedom and Enduring Freedom, and an estimated 10,000 American Jews continue to serve across all five U.S. military branches today.

Beyond the sheer number of Jewish service members throughout American history, tens of thousands of our service members have been decorated with military awards. Among them are 17 recipients of the nation’s highest recognition of military valor, the Medal of Honor. This Veterans Day, take a moment to review some of their citations of action. You’ll note that a number of these Medals of Honor were awarded posthumously, others some decades after their heroic acts. The aforementioned William Shemin finally was awarded the Medal of Honor in June 2015, nearly 97 years after his acts of gallantry! Overlooked for this highest honor back in 1918 (he did receive the Distinguished Service Cross, the second highest honor), it took Congressional action to revisit his, and others’, files that may have been overlooked for recognition because of potential discrimination.

Unlike Memorial Day, which honors service members who died while serving, and Armed Forces Day, which honors those currently serving, Veterans Day is a day to honor all those who served in our country’s armed forces, whether in war or peace. This Veterans Day, let’s not be surprised by the veterans in our own JCC Movement and our Jewish communities at large. Let’s celebrate their service and accomplishments, along with the long and distinguished history of Jewish service members throughout our great nation’s history. Rather than simply saying “Thank you for your service,” let’s spend some time thinking about how our JCCs can better serve our Jewish veterans throughout the year. Let’s find new ways to reach out to them and to include them in JCC programming. Let’s make sure they know we are not surprised by their service.

As a start, let’s come together on November 11, at 2:11 p.m. ET/11:11 a.m. PT to mark Veterans Day 2020 together, as a Jewish community, through the “National Jewish Community Celebration of Veterans Day.” This event is an opportunity to acknowledge and thank our veterans, and our Jewish veterans specifically, to learn about them, and to ensure that in the future no one is surprised when they meet a Jewish soldier.

Join us on November 11 for the Facebook live premier of the “National Jewish Community Celebration of Veterans Day.” 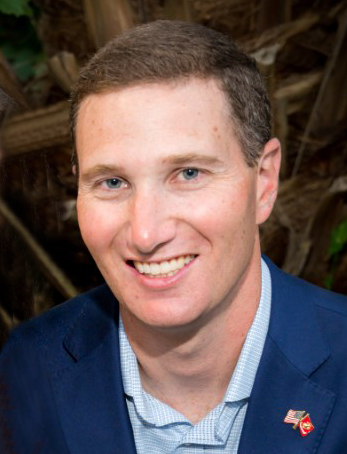 Joshua J. Chinsky is a vice president of the Jewish Community Center of Greater Ann Arbor in Michigan, and a former active duty Marine Corps officer currently serving in the reserve. The views and opinions expressed herein are those of the author and do not reflect the official policy, position, or endorsement of the U.S. Marine Corps, Department of Defense, or U.S. government.