As an active duty Navy family, we’ve had the distinct privilege of having spent almost the entirety of our time together living overseas. Living in such unique locations has certainly broadened our horizons and expanded our world views. Our three daughters have each attended preschool in a different country. 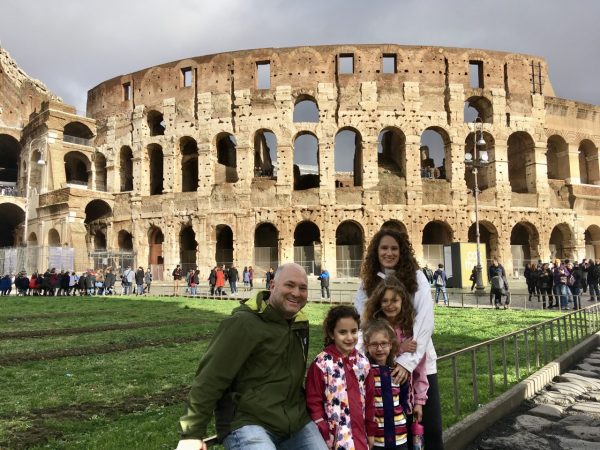 The holidays they’ve celebrated as youngsters go beyond the American and Jewish calendars—Lei Day on May 1st in Hawaii, Hinamatsuri (Girls’ Day) on March 3rd in Japan, and German Reunification Day on October 3rd, which commemorates the 1990 reunification of East and West Germany—have been just as eagerly anticipated as July Fourth and Hanukkah. We enjoy comparing and contrasting the vastly different cultures in which we’ve been immersed, and our dinnertime conversations are often peppered with words and phrases that were foreign to me just 12 short years ago—before I married my husband and embarked on this Navy adventure. 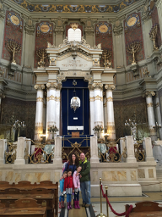 Although being a military family is always an interesting experience, being a Jewish military family adds a complexity to our lifestyle that few others understand. I grew up in the suburbs of Philadelphia, attended a Jewish private elementary school, and grew accustomed to assuming everyone kept kosher and observed some form of Shabbat.

My husband, Matt, and I had the distinct honor of being married in the Jewish chapel at the United States Naval Academy, my husband’s alma mater. Our wedding was officiated by retired USN Captain Rabbi Elson, the rabbi who helped shape my husband’s Jewish adult education during the time he spent at Annapolis. We celebrated our first anniversary in Hawaii, and two short weeks after we arrived, Matt deployed.

I found a small Jewish community on the island, but kosher meat was far more difficult to find, and thus I changed my diet—becoming a pescatarian. (Little did I know, I would stay that way for the coming 10 years.) I quickly discovered I often was the first Jew many of my military spouse counterparts had ever met—a chorus my sailor-husband had heard many times before—and I often found myself thrust into the position of having to explain my religion, my dietary restrictions, and why I would not be attending the command ornament exchange. 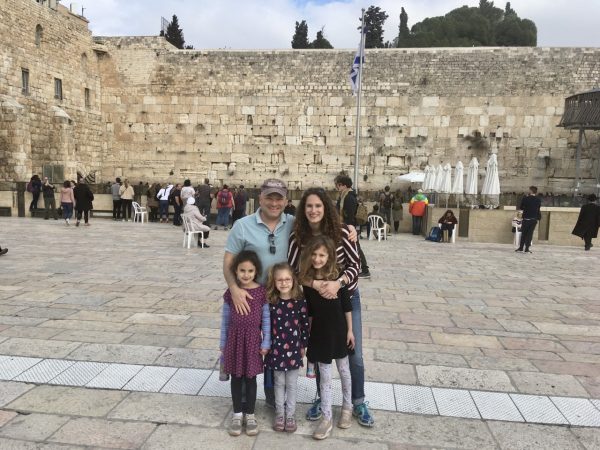 Our daughters entered our lives in quick succession, and with them came the task of teaching our Jewish traditions, often sans Jewish community. Though tricky, I have always tried my best to incorporate our locality into our celebrations, embracing whatever community I had at my disposal, Jewish or otherwise. In Hawaii, we enjoyed round challah for Rosh Hashanah on our lanai after a day at the beach; in Japan, we invited 40 of our neighbors over to teach them about Hanukkah, sharing with them our latkes (potato pancakes), sufganiyot (jelly doughnuts), chocolate gelt, and dreidels (small spinning tops used for a Hanukkah game); in Germany, I took on the role of Hebrew school curriculum creator and teacher to formally teach my children and the other Jewishly affiliated children stationed here with us the aleph bet, holidays, and more.

More often than not, being a Jewish military family is far more difficult than it ought to be, but it is a unique experience that I wouldn’t change for the world.

This blog post is part of “Celebrating Freedom &  Serving Others: Jewish Community Honors July 4th,” an Independence Day initiative produced by JWB Jewish Chaplains Council®, a signature program of JCC Association of North America. Check out many important ways you can celebrate July 4th in a meaningful and Jewish way this year. 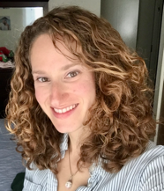 Naama Krauz is a proud Navy wife and mom of three daughters currently stationed in Stuttgart, Germany. A lapsed elementary school teacher and graduate of the University of Michigan (B.A.) and Old Dominion University (M.S.), she now enjoys teaching ESL online, reading, cooking/baking, her Facebook addiction, and enjoying many Navy adventures around the world with her family.